A wave of pipeline and terminal projects coming on stream has led to a boom in Corpus Christi’s seaborne crude exports in recent months, with volumes reaching a record high of 1.5mn b/d in January, Vortexa data show. The commissioning of three new pipelines in H2 2019 – Cactus II, EPIC’s NGL conversion and Gray Oak – delivering crude from the Permian basin to Corpus Christi- boosted exports by almost three-fold in January vs last July, surpassing Houston as the largest crude exporting port in the US Gulf Coast. 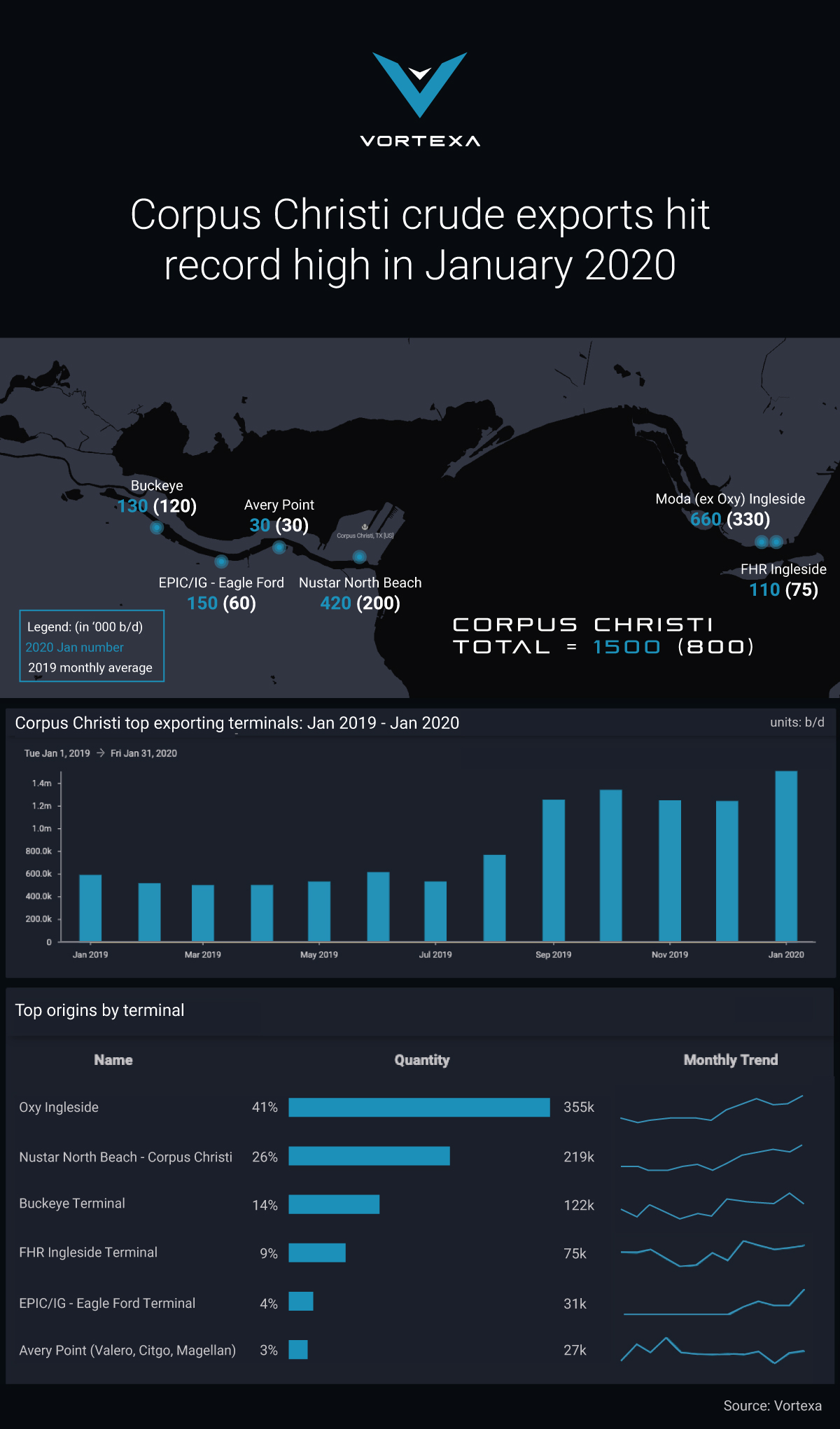