Seaborne crude and condensate exports from non-OPEC countries rose by just under 2mn b/d from a year earlier in Q4 2019 – up  to a multi-year high – led by significant rises from the US, Brazil, Australia and Norway. This month Guyana loaded its first commercial crude cargo, marking a new entry into the group. 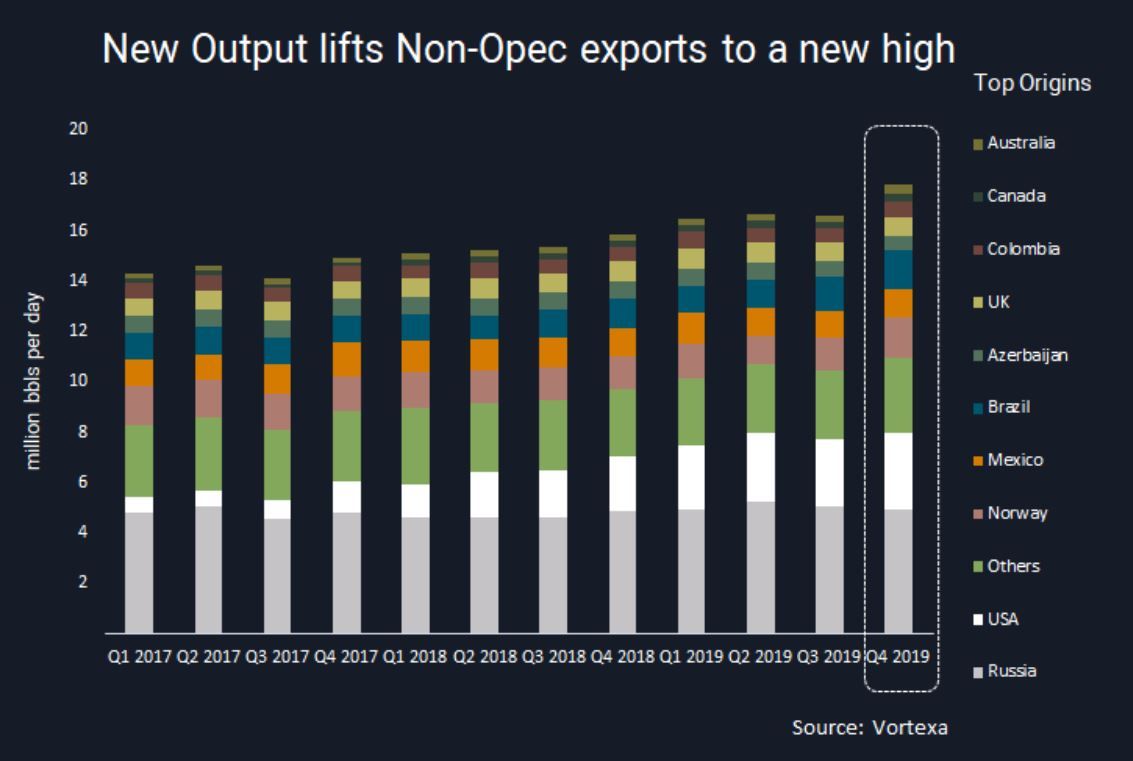