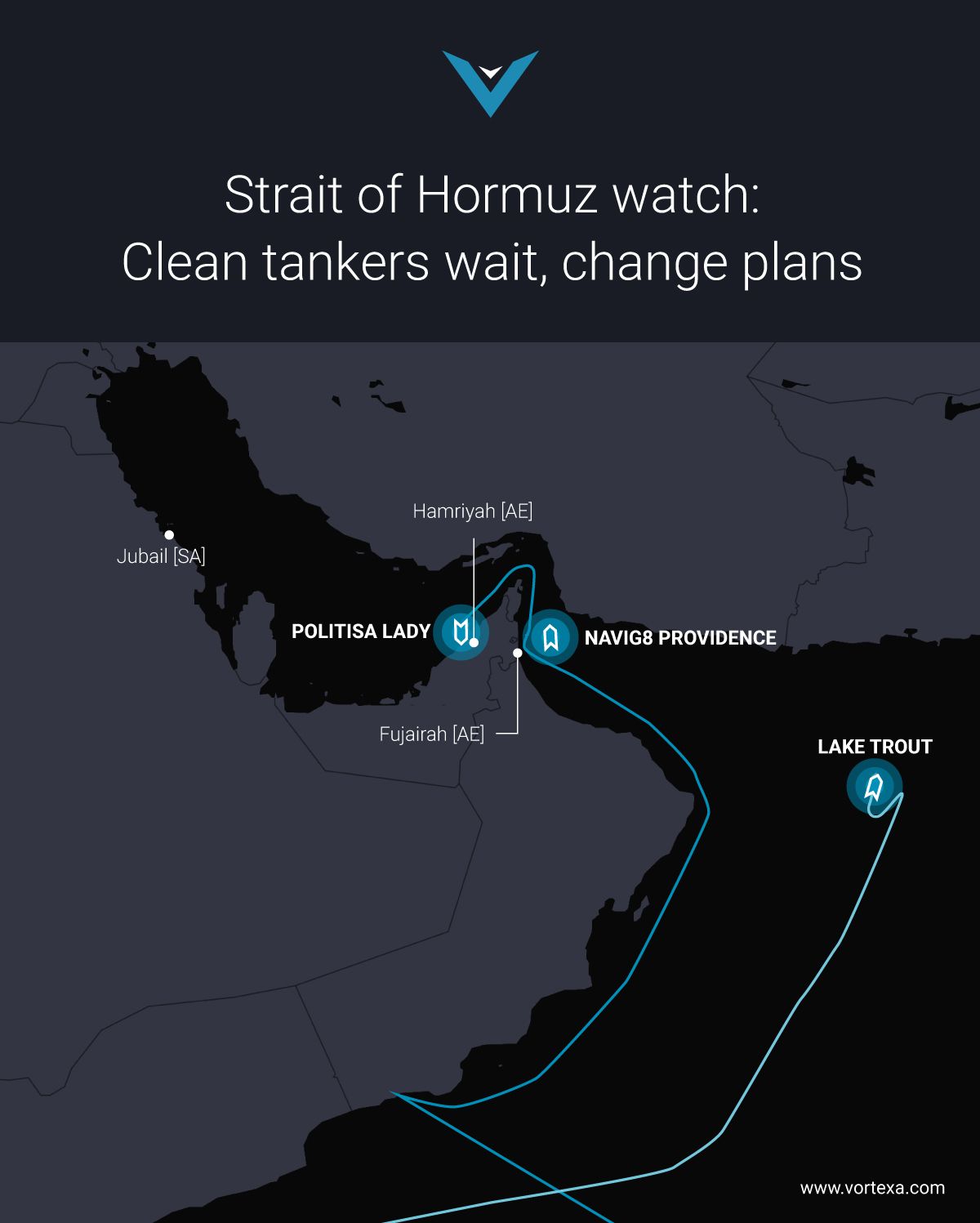 The growing risks – and associated costs – for tankers transiting the Strait of Hormuz following US-Iran tensions has yet to result in significant disruption through the global waterway, and Mideast Gulf crude and refined product loadings continue apace. But a handful of recent diversions in tanker trajectories, declared destinations and changes in bookings to load in the region may reflect a change in plans for some. We highlight such instances among several clean tankers ballasting to pick up their next cargo, including those booked by oil majors.