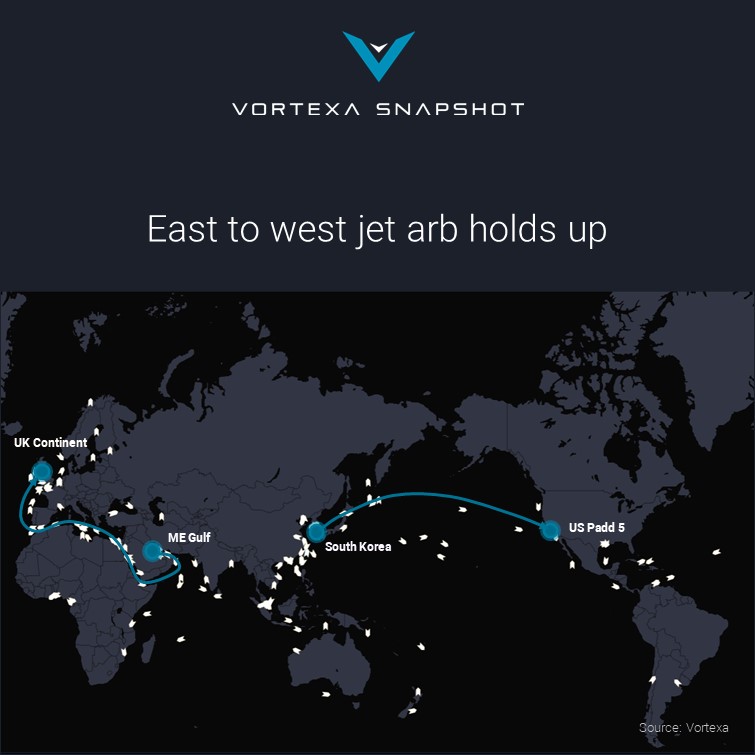 Jet fuel arbitrage flows along key east-west trade routes remained firm this week, despite sharply weaker global jet fuel demand, as surplus barrels in Asia-Pacific and Mideast Gulf region cleared towards the US and Europe. Additional support is also now expected to come from storage demand amid a widening contango.