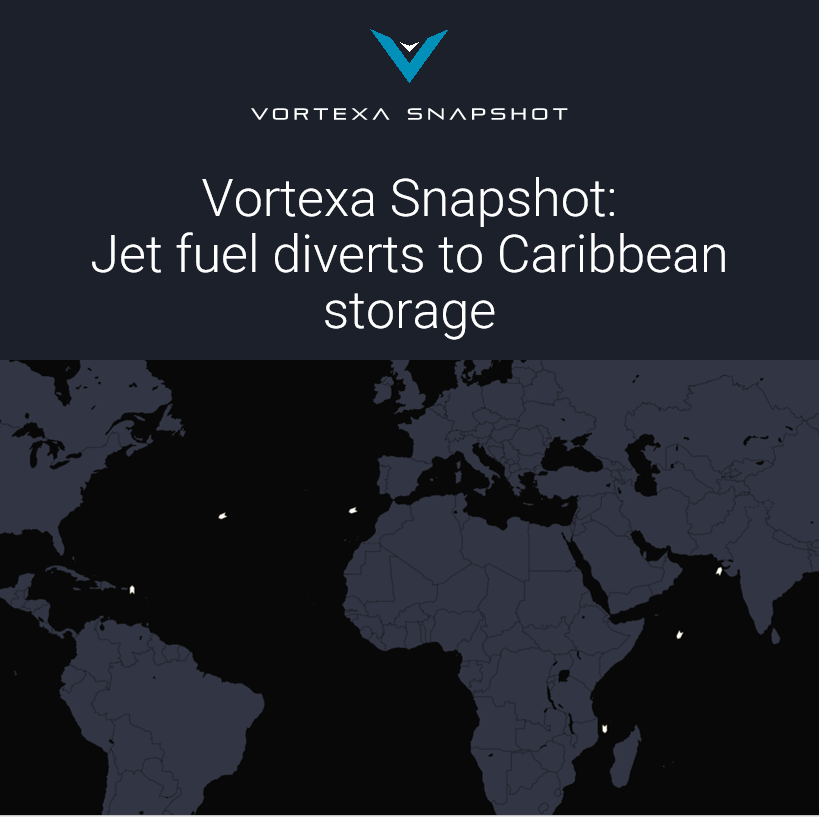 The coronavirus outbreak has had a major impact on jet fuel demand globally, with storage demand for the product rising as short-term supplies pile up. Most recently we observe that Europe’s jet fuel demand slump and fall in prompt prices to multi-year lows has encouraged east of Suez-origin cargoes to divert towards Caribbean storage areas, from previous trajectories that put them heading to consumption hubs in the Mediterranean.