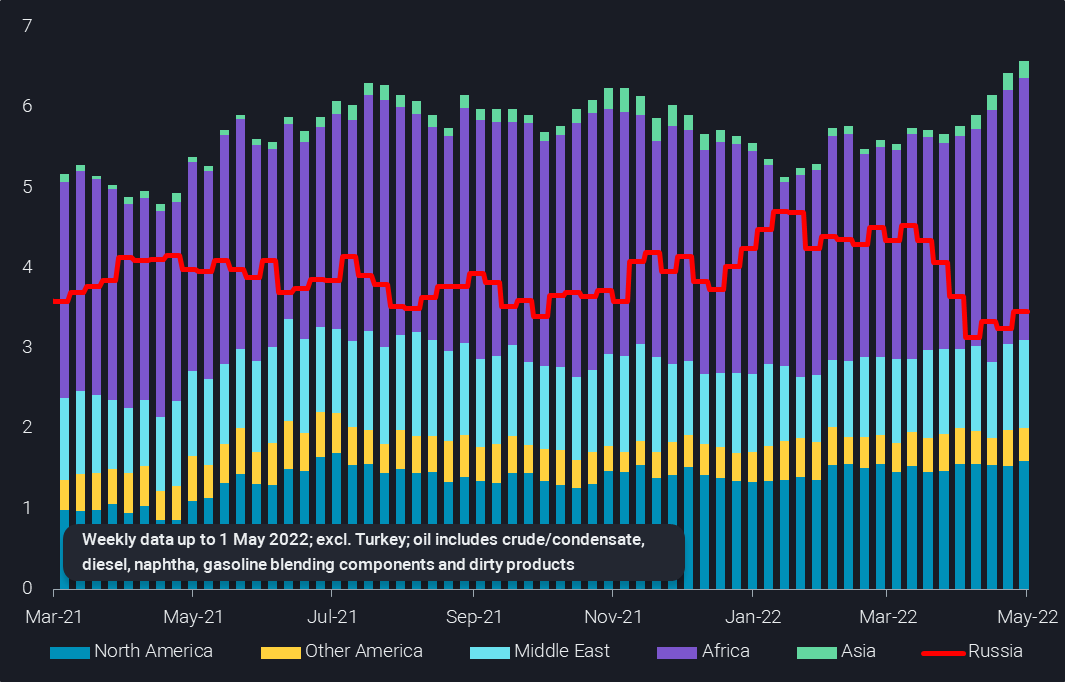 The story is very different for diesel. To start with, European imports of Russian diesel still stand at 740kbd, equal to the average observed from Jan 2021 to Feb 2022. Only when compared to extraordinarily high levels seen over late Febuary/early March, European imports of Russian diesel are down by 200kbd or 20% recently. Nevertheless, Europe has attracted an additional 350kbd of non-Russian diesel since mid March, coming from Asia (160kbd), the Middle East (120kbd) and North America (70kbd). 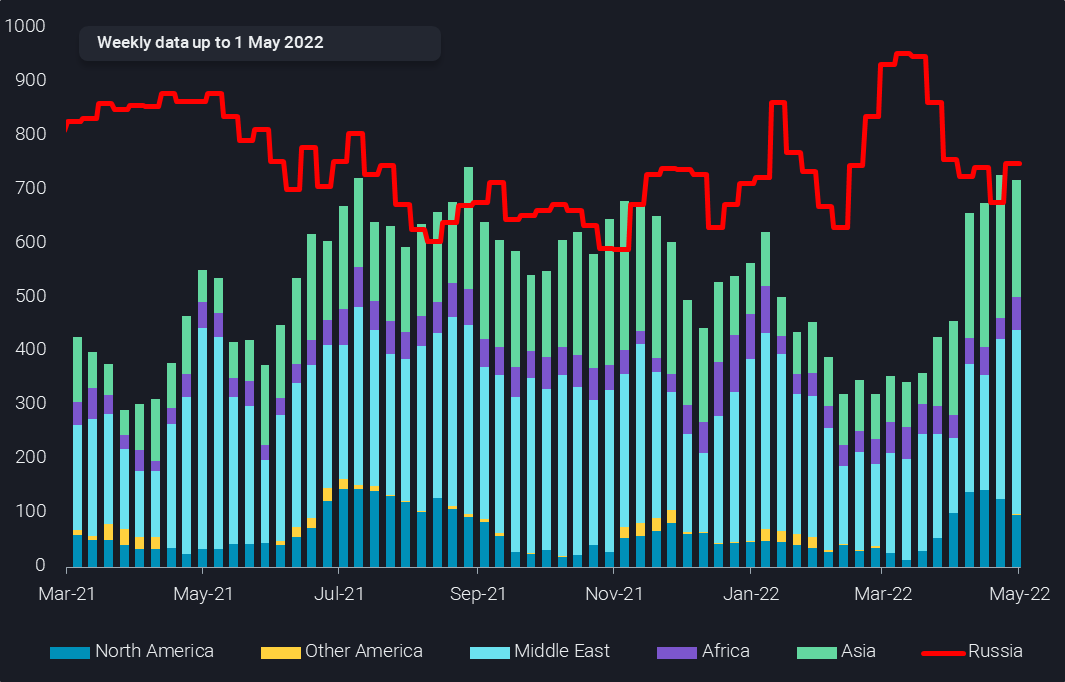 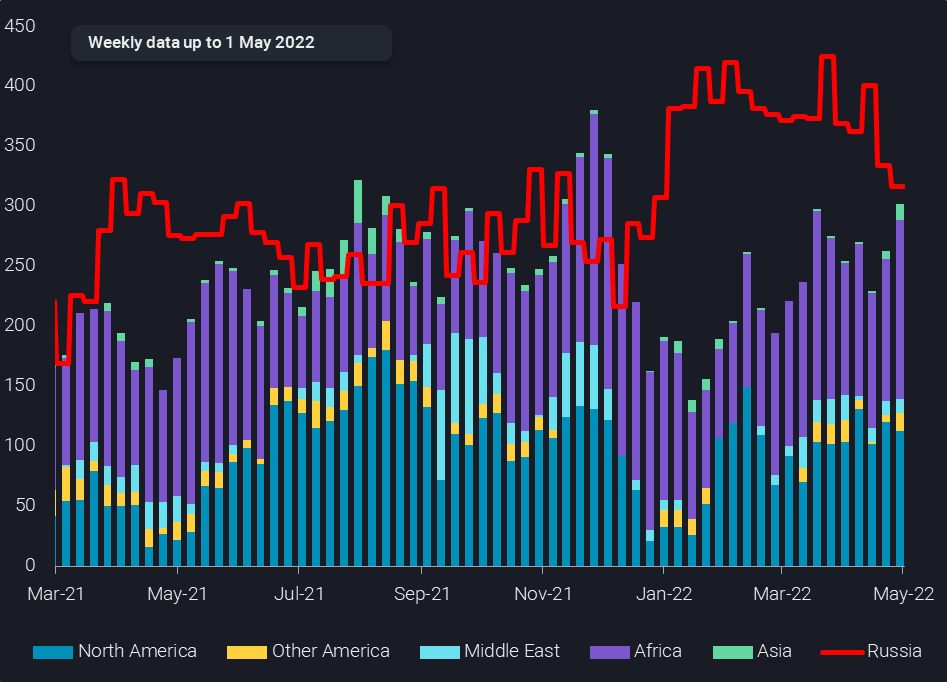