US crude exports are expected to remain strong, as indications of demand from refiners in Asia surface along with the existing pull from Europe.

US seaborne crude/condensate exports seem to have slowed down in January 2023 compared to the record highs seen in 4Q 2022. But developments in Asia are suggesting strong refinery demand. This comes along with Europe’s continued need to replace Russian barrels, jointly providing strong tailwinds for US crude exports. As for the decrease in January US crude exports, a strong December for global refined product exports and subsequently well supplied product markets may well be the reason behind this temporary dip.

Europe remains the top destination for US crude 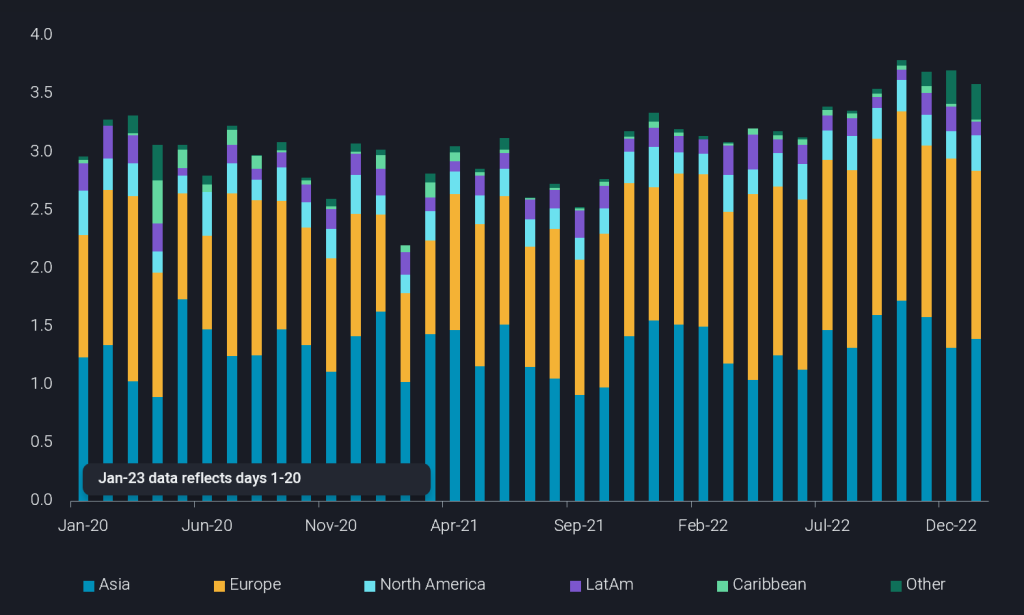 US seaborne crude exports in December 2022 reached 3.7mbd, lower than the record high of 3.8mbd set in October. Come January 2023, we see a slight decrease in those numbers, but still strong exports at 3.6mbd (days 1-20). Europe has been the top destination for US crude exports since the late 2021 and the share increased further after the Russia-Ukraine conflict, as the European refiners looked to the Americas to replace Russian barrels. September 2022 was when Asia regained the top spot in terms of US crude exports on the back of strong diesel margins. But with the implementation of EU insurance ban and price cap on Russian crude, Europe again became the top destination for US crude exports in December and continued to remain so in January (days 1-20). So far exports to Europe stand at 1.4mbd in January (days 1-20) and are likely to remain strong as arbitrage economics are favourable, also thanks to lower freight rates. 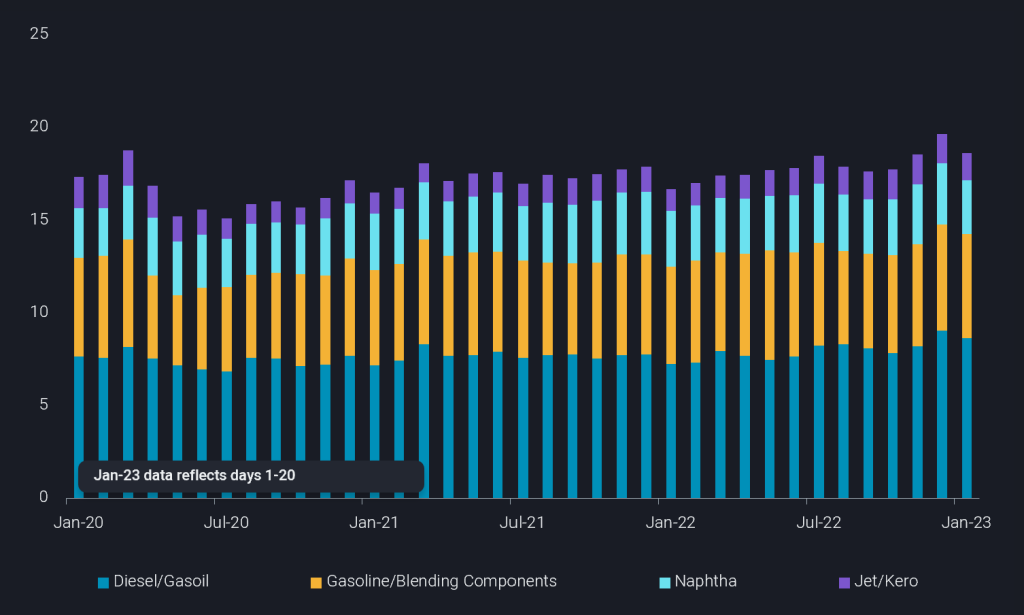 December was also a month of record high refined product exports from a global perspective, with exports reaching 19.6mbd. This likely influenced refinery demand as markets are generally well supplied, potentially contributing to the dip in US crude exports seen in January. Having said so, we believe a higher than usual spring refinery maintenance season in the US (strong diesel margins led to many refiners pushing their planned maintenances from 2022 into 2023) as well as the February ban on Russian products will lead to increased refinery demand from East of Suez refiners, as the world and especially Europe will need to remain well supplied with refined products, especially with diesel.

Asian imports likely to pick up on increased Chinese demand 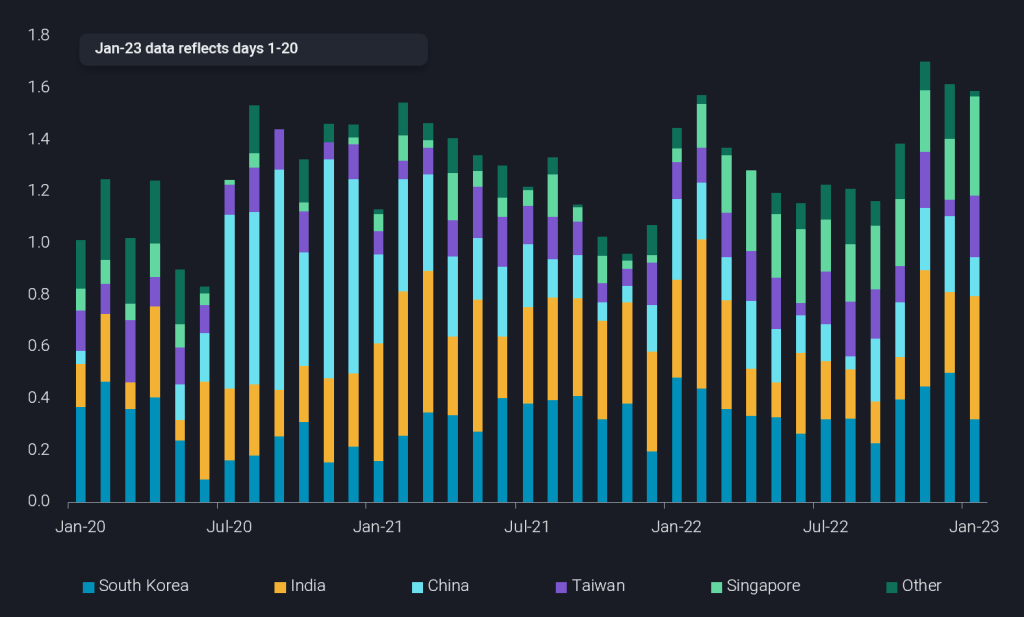 Asian imports of US crude by destination countries (mbd)

Asian imports of US crude have remained below European imports recently, but fixtures data for February and March loadings as well as market sources suggest strong crude procurement from China could lead to higher imports from the Americas, especially the US. Imports into India have also seen an uptick in January (days 1-20) reaching 480kbd, a m-o-m increase of 170kbd. Favorable shipping economics have kept US crude imports lucrative for Asian refiners in the February trade cycle, likely continuing in March trading as well. The need to keep the world well supplied with refined products and with a higher spring refinery maintenance season in the US will likely lead to strong US crude exports, at the margin targeting increasingly refinery demand from East of Suez markets.