The effects of Hurricane Laura, which made landfall on the US Gulf coast on 27 August, continue to be felt in the flows of energy commodities out of facilities in or near the path of the storm. There has been a marked reduction in flows from some of these ports, particularly in LNG. We take a cross-commodity look at some of the impacts. 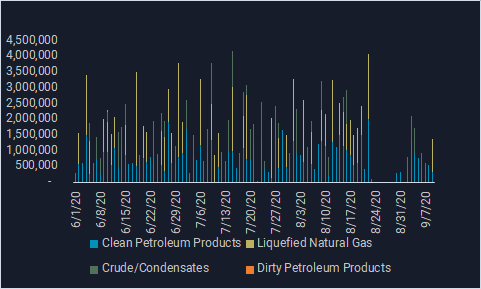 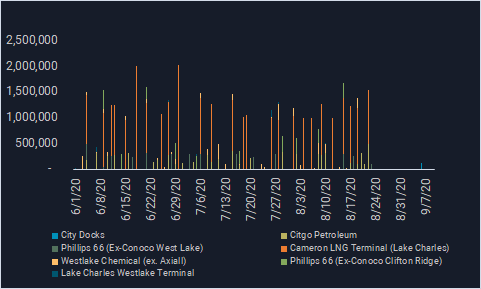