Several countries across Asia are cranking up industrial activities amid the gradual lifting of travel restrictions. Vortexa data reveals that China’s diesel exports fell last month, imports by Australia and Vietnam ticked higher and more floating diesel cargoes have recently cleared into Southeast Asia – all potential signs of oil demand recovery. But while net diesel exports from Singapore have grown month-on-month, a rise in flows from India to the region’s key storage hub are keeping stocks elevated. 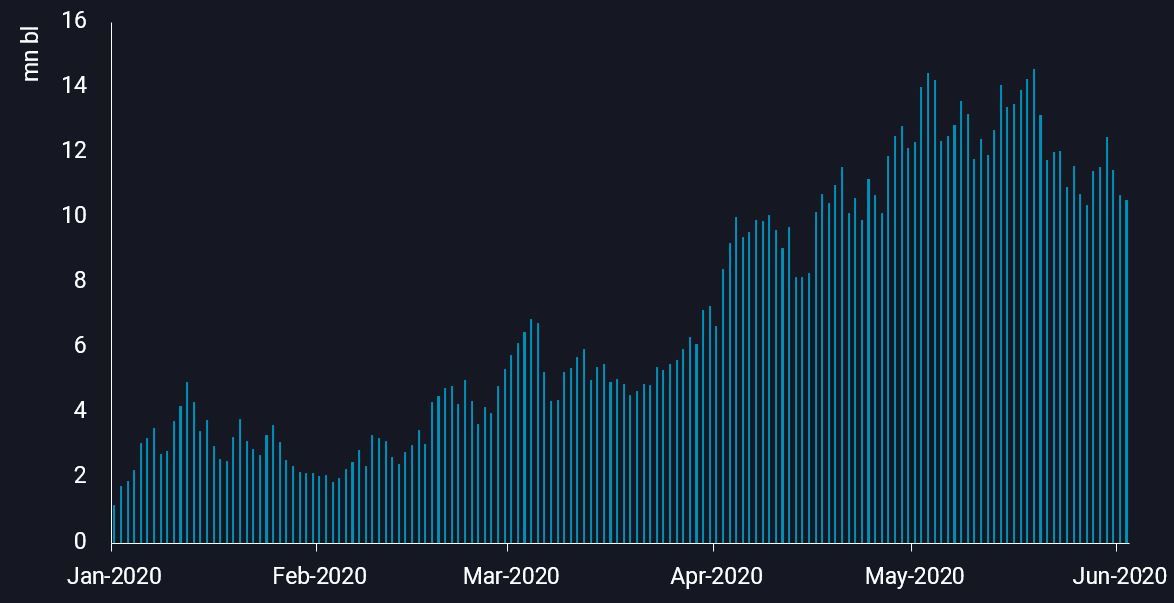 Diesel arrivals from India into Singapore jumped last month, partially offsetting a slight decline in imports from China. Singapore’s total diesel net exports rose to 220,000 b/d in May, up from 166,000 b/d in the first four months of this year, lifted by demand recovery from Southeast Asia and Oceania.