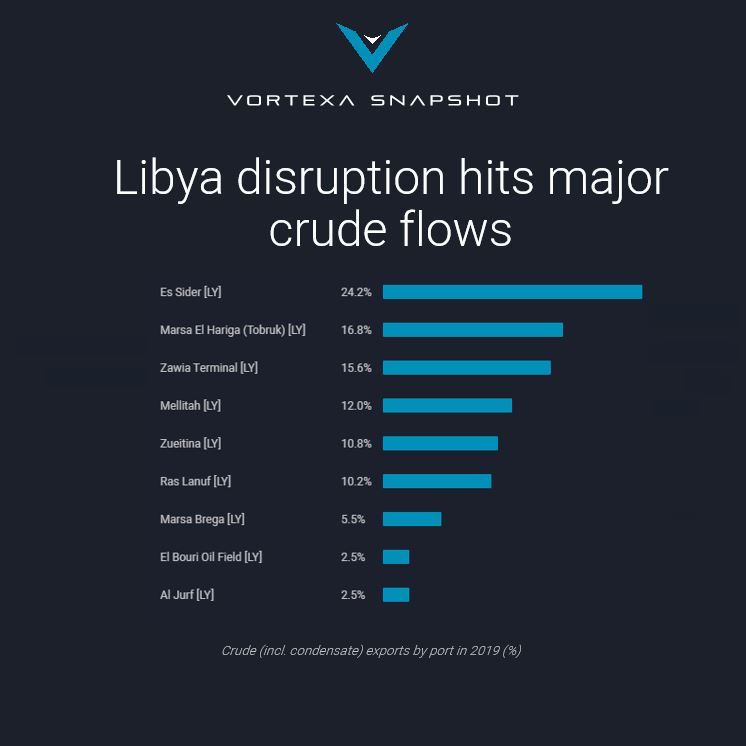 Libya’s crude and condensate exports are threatened by a stand-still with the country’s key oil export pipelines, fields and terminals still suspended by the Libyan National Army (LNA) as of 23 January, amid entrenched political turmoil. The current halt in operations from six ports – Zawia, Marsa el Brega, Ras Lanuf, Marsa el Hariga, Zueitina and Es Sider – add up to a combined crude export loss of over 900,000 b/d.