The US Gulf coast has continued to send out crude into world markets at strong rates in recent weeks, albeit below the record set at the end of February. The ongoing firm export levels come at a time when global supply is expected to undergo another surge this month from Saudi Arabia and Russia, who are battling for market share, just as demand crashes in the wake of the coronavirus outbreak. This outflow of US crude forms an important part of the supply backdrop ahead of the planned emergency meeting between OPEC+ and other producing nations on 9 April, where a production cut pact is top of the agenda. 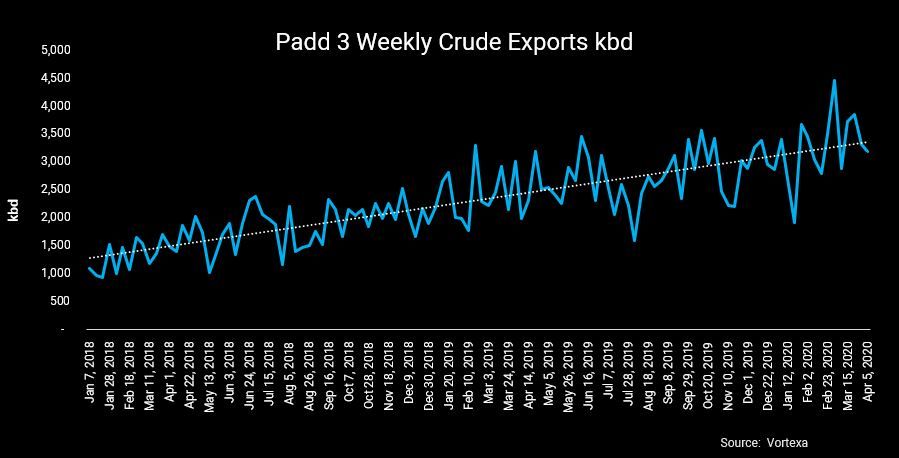