Newbuild VLCCs that have conducted maiden voyages since October have loaded only crude, Vortexa data show, overturning last year’s more unusual trend of carrying middle distillates on many first journeys. Upcoming newbuild VLCCs entering the market in coming months can be expected to stick with crude, in light of the closed arbitrage to export diesel from Asia or the Mideast Gulf to the Atlantic Basin on supertankers.

Only crude from Q4 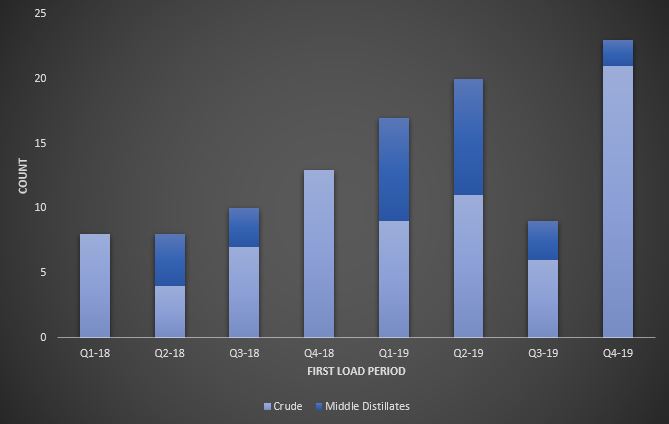