This piece is accompanying Vortexa’s Pyhton SDK Jupyter Notebook on China oil flows during the Covid-19 outbreak. Click to access the Notebook and explore the data on this topic.

China’s gasoline, jet and diesel exports were steady on the month in March, as ongoing regional demand weakness supported exports to regional onshore storage hubs and to long haul destinations. We also observe that amidst the growing supply glut around the world, some Chinese clean products exports that loaded last month have turned into floating storage as they wait to discharge at their end-destinations, or have taken longer journeys to reach buyers – as we outline below. 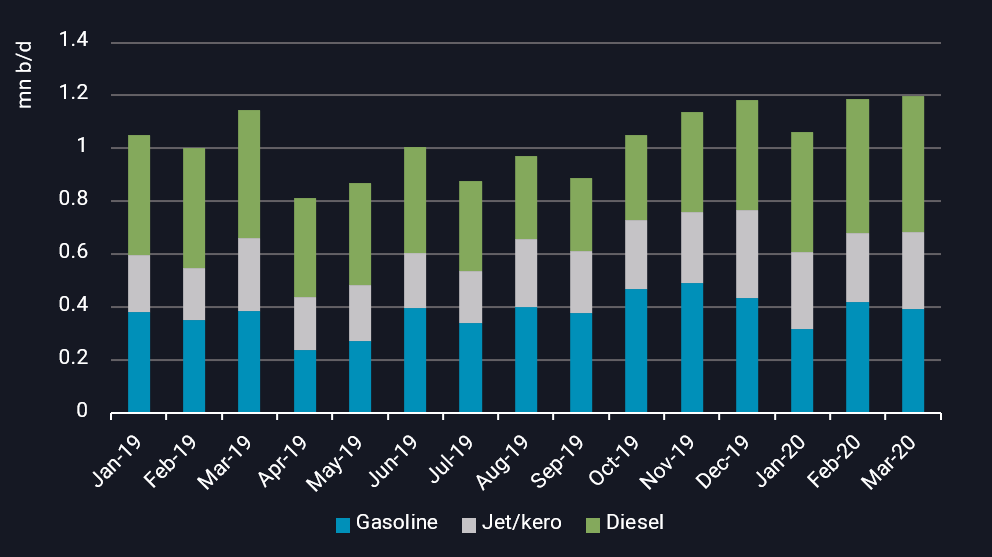