Facing the prospect of continued or even deeper cuts to Russian gas supplies, Europe's energy balance is in a dire position. Prolonging a notable trend, LNG imports into Europe hit an all time record of 2.8 million tonnes (mt) per week during the first half of January. Despite this, gas storage levels continue to drop. This has left Europe relying on US-led contingency planning for extra LNG supply, with talks underway with Qatar and even Australia. With global LNG exports already at capacity, how much more can feasibly be diverted to Europe? 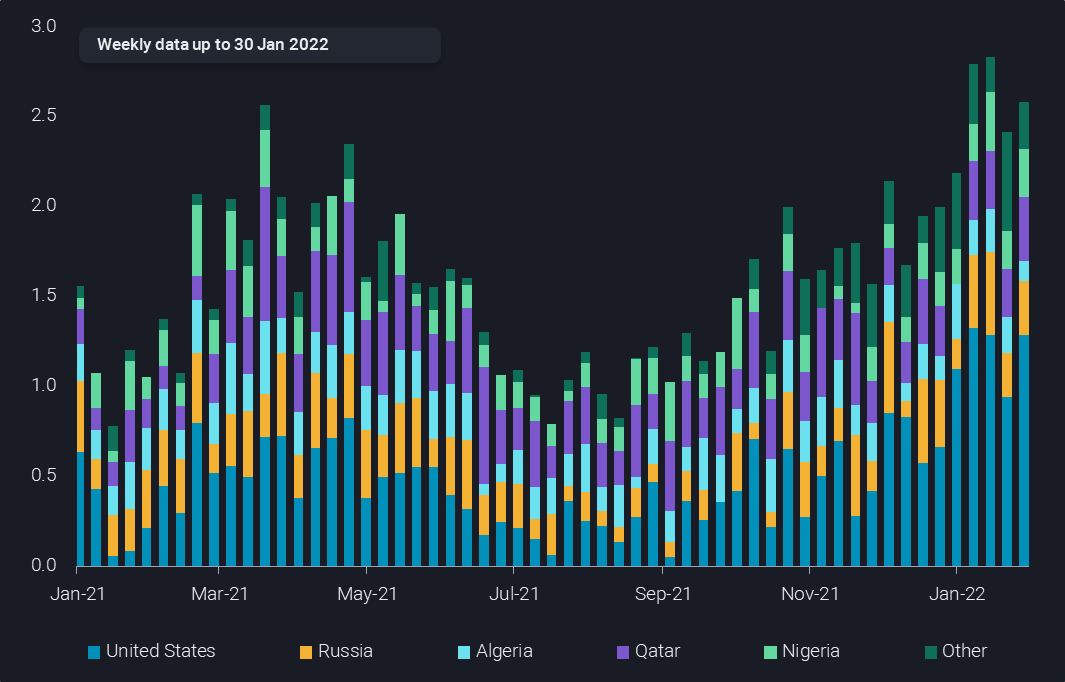 What can one expect should the Ukraine-Russia crisis escalate with official Russian troops invading its Western neighbour? One could argue that a hard stop to all Russian gas exports to Europe, driven by either side, is an extreme bookend scenario (as it is for crude oil and refining products). A more likely outcome may see a halt to Ukrainian transits (which are already at historic lows of 15% of Russian pipeline supplies to Europe), other routes for Russian gas becoming less reliable (but remaining at similar levels to today) and the Russian Yamal LNG cargoes offloading in Asia. This outcome would add extra European demand for LNG in the order of 1.9 - 3.1mt per month, or about 30-50% of average European LNG imports in 2021.

A superior LNG storage strategy has kept Asian buyers in an advantaged position throughout this winter, aided by milder weather in the Northern regions and targeted demand management. Chinese spot LNG demand is starting to wane - the result of Chinese New Year holiday cooling industrial demand, the over-performance of pipeline imports (from Russia), plus the start of new long term LNG agreements. In contrast, Japanese buyers have been observed in the market again to a certain extent, pushing the March cross basin differential back in Asia’s favour.