The flotilla of crude oil tankers waiting to discharge along the US west coast (PADD 5) region has swelled further this week amid new arrivals – and more are on the way. The build offshore is currently supported by limited onshore storage capacity and recent refinery run cuts implemented in the region, on account of the massive drop in refined products demand in the wake of covid-19. While the floating storage fleet on the west coast is currently the largest out of anywhere in the US, the Gulf (PADD 3) region could be the next to see rising volumes held offshore given the significant number of VLCCs heading there for May arrival. 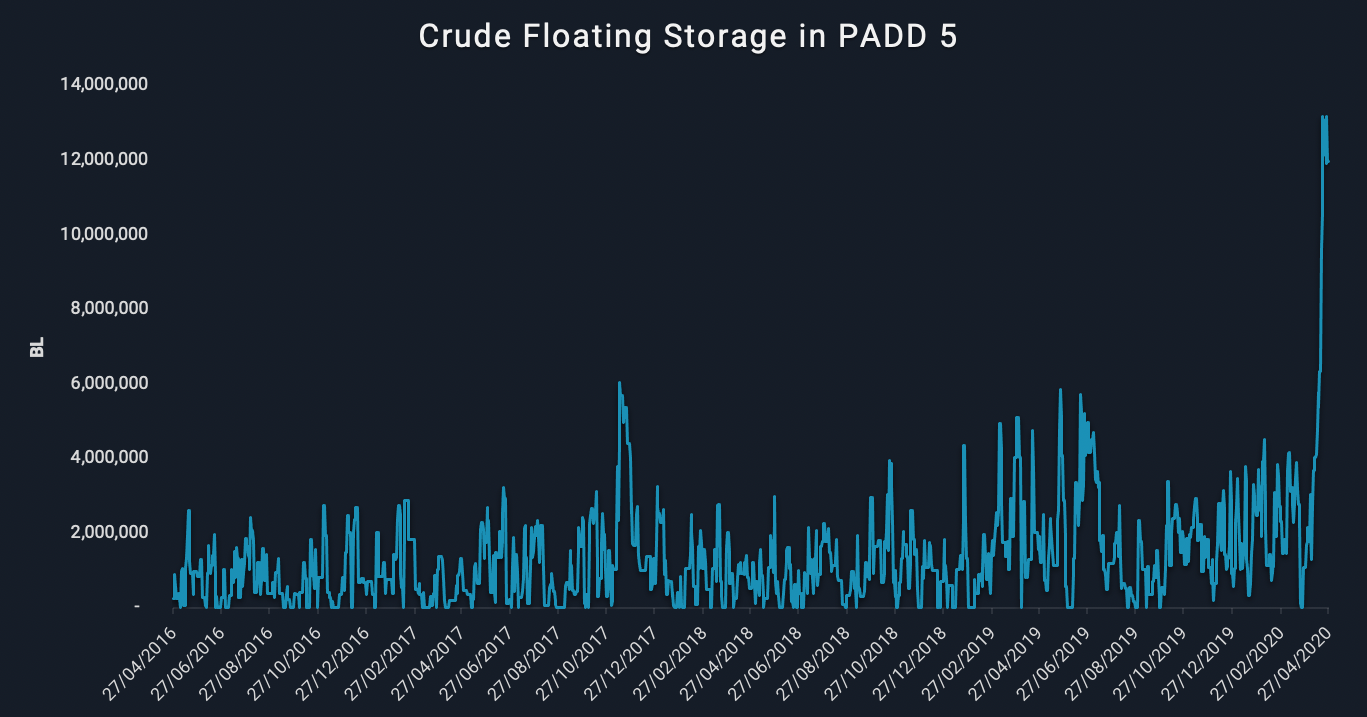 More VLCCs on the way

Prospects for PADD 3 and PADD 1 builds