Global crude/condensate loadings in July posted a 2.1mbd m-o-m rise, reversing the previous two months’ declines. Most of the rise in July stems from non-OPEC loadings rather than those from producer group, supporting concerns over OPEC spare capacity (see chart below). As seen in previous months, higher total OPEC crude/condensate loadings in July were led by Saudi Arabia, with firm increases also coming from UAE and Iraq. 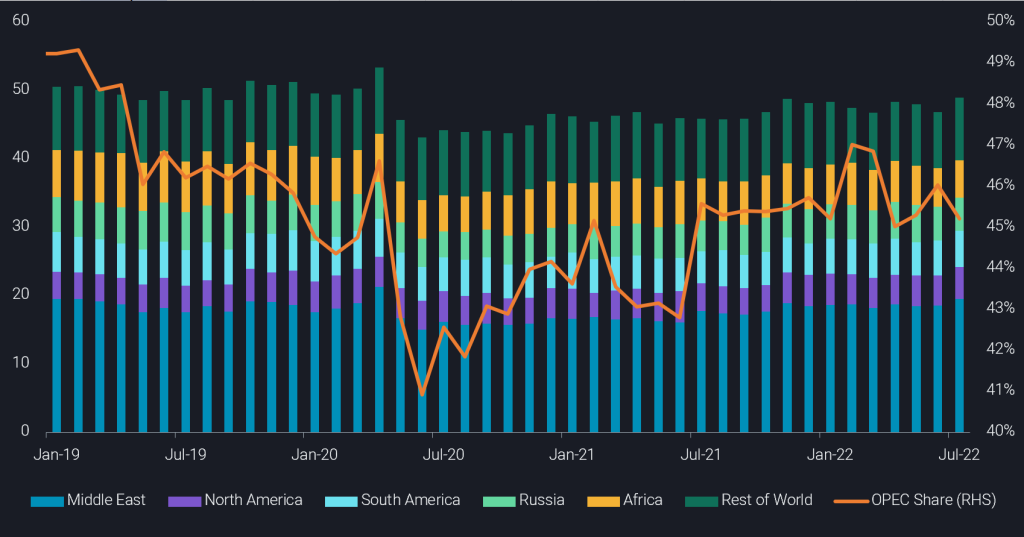 Given the backdrop of weaker pricing across the oil complex – affecting outright prices, crude differentials, product cracks and market structure – and the large increase in July seaborne crude flows, price pressure is likely to persist, at least for the short term, with refineries also starting to enter autumn maintenance season from a crude procurement perspective.

Looking back at data from January 2020 (see chart below) it is interesting to note that global crude loadings have rarely risen strongly for two consecutive months. And early indications for August loadings from key producers (Saudi Arabia, UAE) do not suggest momentum for higher loadings has continued. Given how obvious the fundamental weakening of the oil market is now amid deepening recession worries, it is also questionable whether OPEC countries with leeway have any incentive to bring more production online, as the announced marginal 100kbd increase in the September OPEC+ production target may indicate. 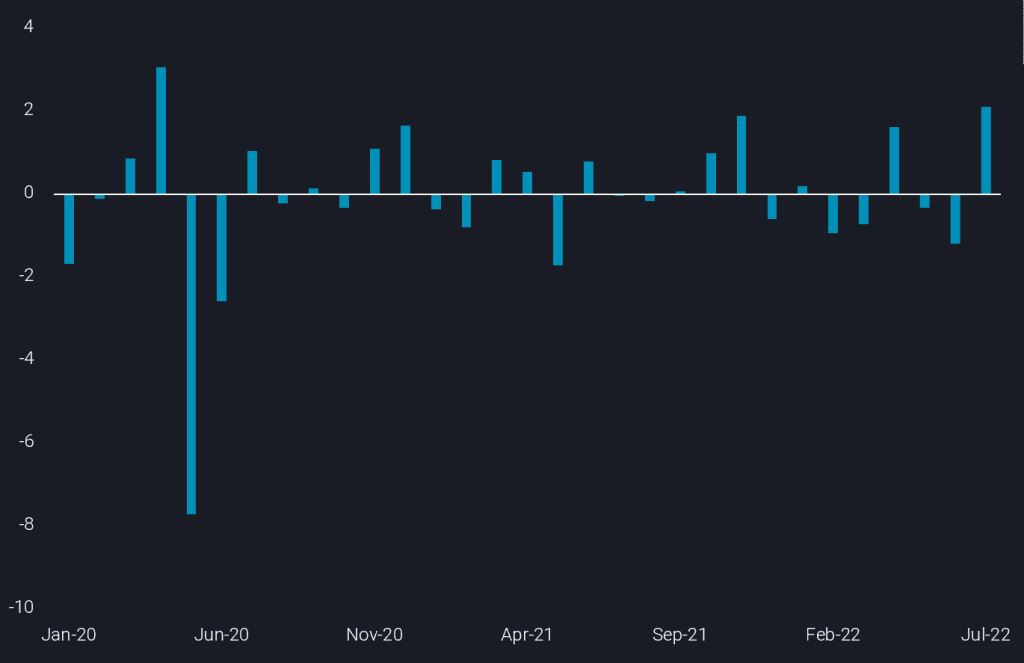