Atlantic Basin crude/condensate departures (including intra-country movements) totaled 21.2 mn b/d in April, the highest, albeit marginally, since May 2020

Atlantic Basin crude/condensate departures (including intra-country movements) totaled 21.2 mn b/d in April, the highest, albeit marginally, since May 2020.  However, the year-to-date average of 21 mn b/d is still down a full 3 mn b/d from pre-pandemic volumes of 24 mn b/d in Q1 2020. Various dynamics are driving the shifting supply picture across different regions within the Atlantic Basin, but the overall upside is probably largely limited to Russian supplies. 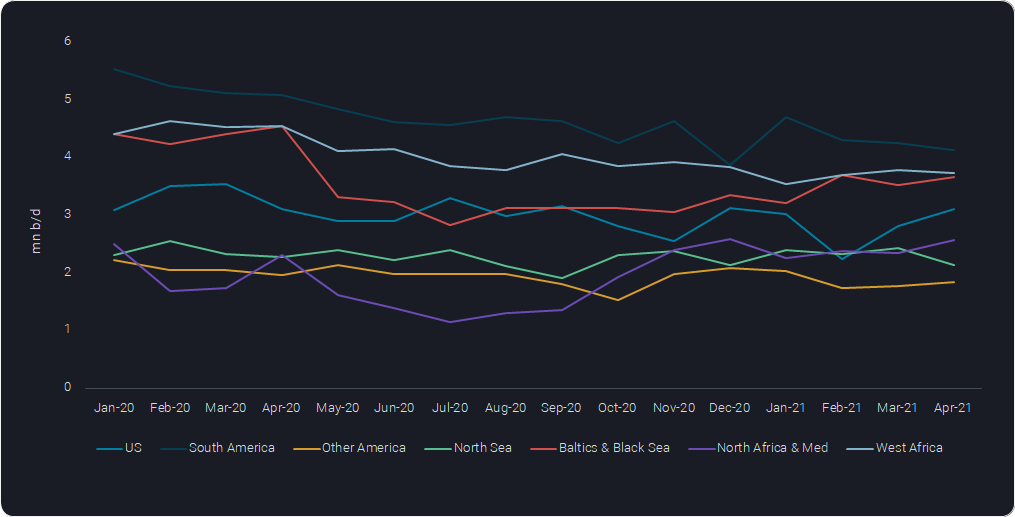 For the Atlantic Basin as a whole, crude supply growth has been range-bound since last summer, and barely any additional supply can be expected over the coming months. In fact, maintenance in the North Sea and natural decline in many markets, may well more than compensate for any easing of OPEC+ limitations.

There is however an interesting dynamic visible, when comparing shipments from the Atlantic Basin’s eastern shores (Africa, wider Europe) to those from the Americas. Over the last three months, the former have supplied 3.4 mn b/d more than the latter, a massive 2.8 million b/d swing from summer last year (Jul-Sep). This underpins the excellent crude supply disposition of European refiners, providing at least one upside in an otherwise dull market. 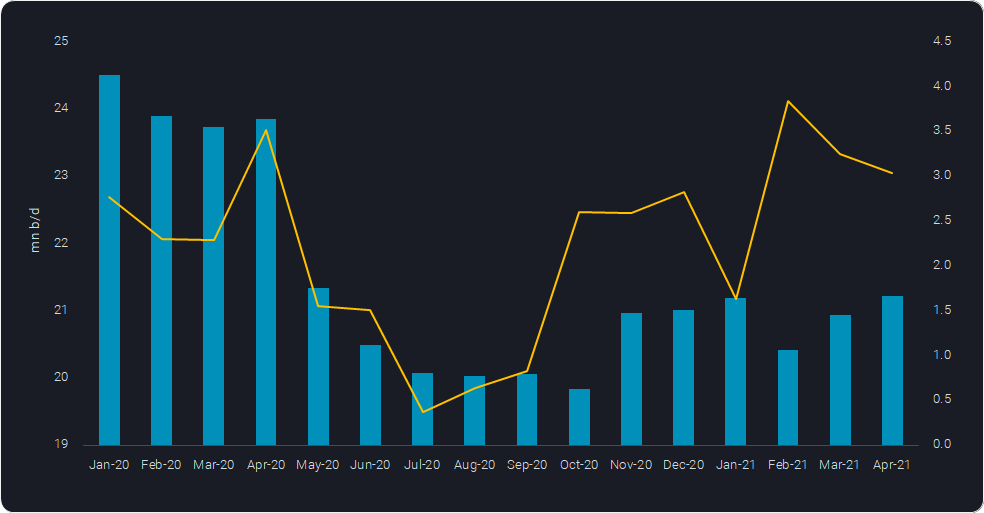