Exports have since moved flat-to-lower, averaging 850kbd over February to June 2022, as Chinese buyers have benefitted from increased competition between Iranian and discounted Russian crude.

Meanwhile, Iran’s onshore crude inventories have broadly increased, after a 10mb draw from Q4 2021 to Jan 2022. Q2 2022 crude/condensate exports declined 300kbd from January, coinciding with a 5mb stockbuild over the same period. Stockbuilds may also be supported by reportedly higher Iranian production in previous months, in anticipation of the lifting of US sanctions – which failed to materialise. 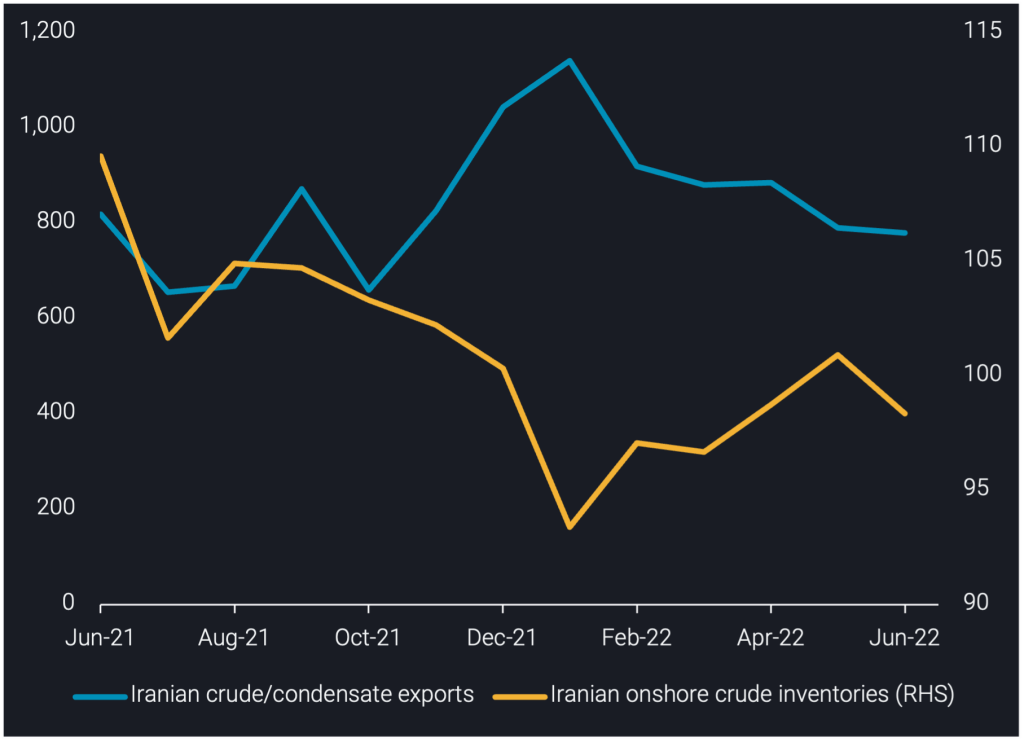 Venezuela’s trade with Iran strengthened in H1 2022, as its agreement to import Iranian condensate expanded to also include crude (Reuters). Venezuelan imports of Iranian crude/condensate increased to 55kbd in H1 2022, up 25kbd from H2 2021.

In H1 2022, Iran started loading Venezuelan crude and fuel oil from Jose in return for supplying Venezuela with crude/condensate. Venezuelan Merey crude has been loaded on 3 NITC VLCCs in recent months for export, namely STARLA, DAN and DERYA. 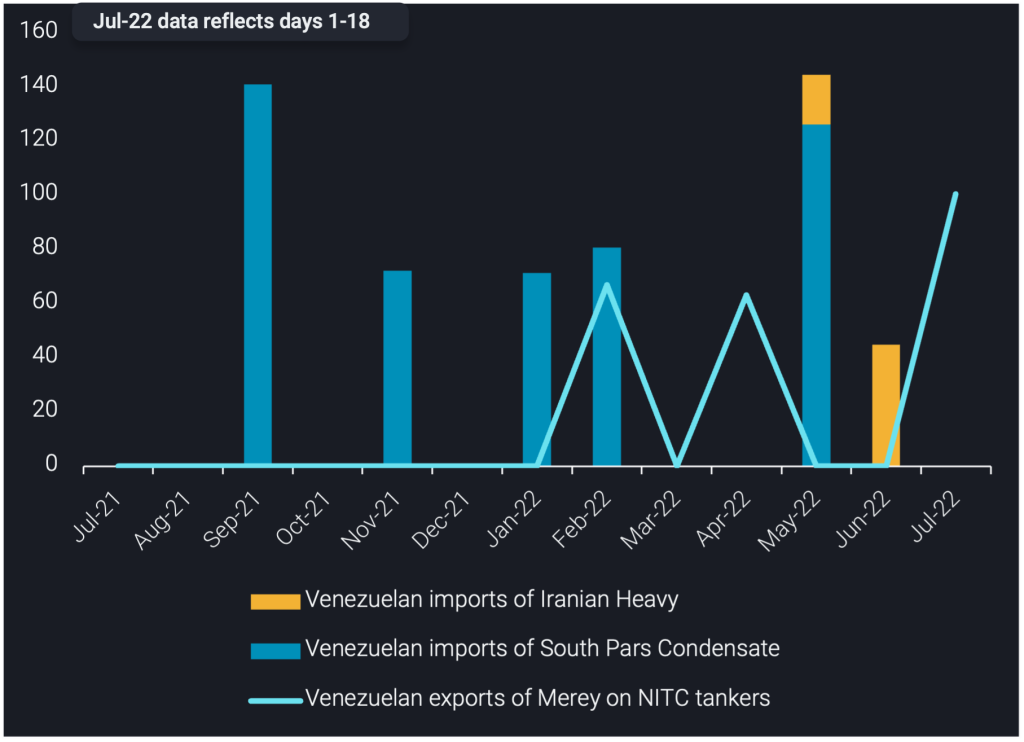 As of 18 July, we track 11 unique tankers, mostly Aframaxes, which have loaded Russian crude/products since April 2022, having previously carried Iranian crude. The 11 tankers account for 16 Russian oil liftings since April.

Dark STS transfers of Russian Urals in the Atlantic are growing and involve tankers which have previously carried Iranian crude. As of 18th July, we track seven VLCCs and seven Aframax’s which have been in the Atlantic in recent weeks with their AIS off – of these, three VLCCs and two Aframax’s have previously carried Iranian crude. 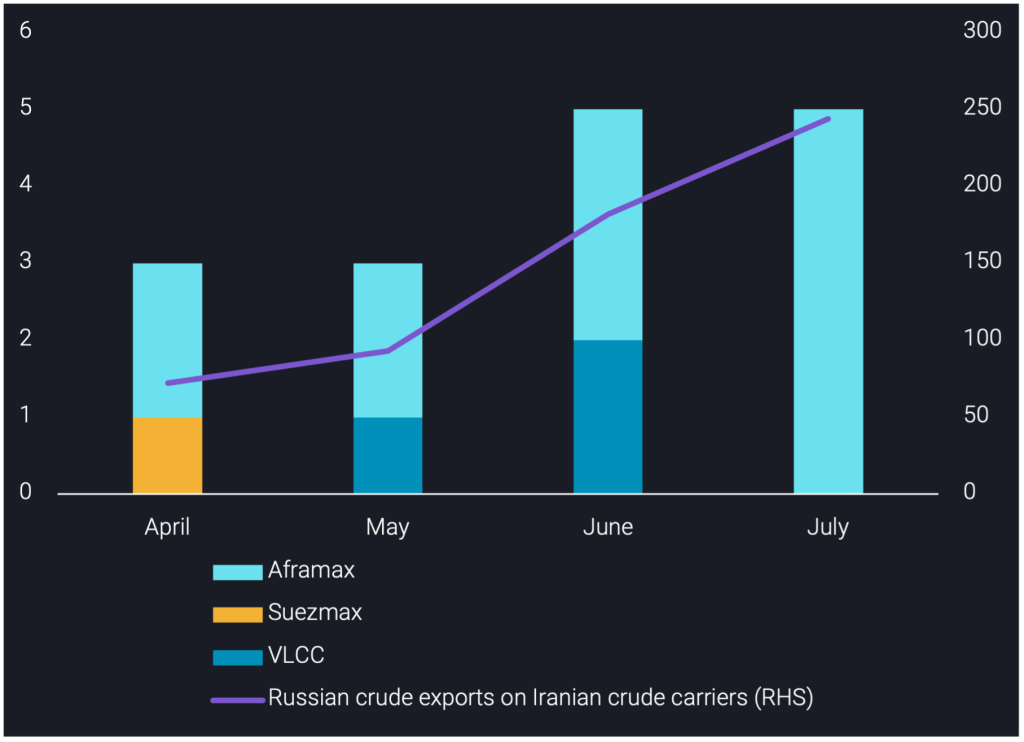 Russia, Iran and Venezuela compete for limited market, with knock-on effects on other suppliers

At the same time it is very clear that Russia is competing with Iran and Venezuela for so far limited placement options in East of Suez markets, essentially only China and India. China, in particular, appears to be hesitant so far to take huge volumes of Russian crude in contrast to India, with limited players involved, reducing the available market.

Meanwhile, the rising inflows of sanctioned or quasi-sanctioned (Russian) oil into Asian markets cause difficulties for some Middle Eastern suppliers to place all their medium-to-heavy sour barrels, with Iraq reducing official selling prices relative to competitors as a consequence.

To access the full report, please reach out for a trial. Clients and active trials can request the report from their account manager.