LatAm crude/condensates exports (excluding Venezuela) for the first half of August came in at 3.1mbd – a sharp decline from the multiyear high seen in July. Lower Brazilian exports are responsible for the majority of this decline (see chart below), while exports from Mexico and Colombia also fell to a smaller extent. Guyana and Argentina have been the only LatAm nations with growing exports so far in August.

The drop in early August exports marks a trend reversal as July saw crude/condensates exports reach 3.8mbd, a m-o-m increase of 600kbd. Rising exports were motivated by Europe refiners as they turned increasingly towards LatAm grades, in a bid to replace Russian barrels from their refinery slate. Brazil exported around 1.2mbd of crude in July followed by Mexico which exported 1.1mbd. Despite higher European demand in recent weeks, most LatAm crude continues to flow to North America, especially the US. That trend has continued so far in August with LatAm exports to the US hitting 1.4mbd (days 1-15) but are slightly lower than the multi-year highs of 1.5mbd in July. Exports to Asia in August stand at 600kbd (days 1-15), down/up from 1.2mbd though exports to Europe have increased by 160kbd from July to reach 730kbd.

An overall slowing of LatAm exports in August can be attributed to more crude being diverted toward domestic refineries as distillate cracks remain strong, especially in Brazil. Brazilian exports in August are down sharply at 760kbd, from 1.2mbd in July.

Elsewhere in the region, Guyanese crude exports have been increasing steadily over the first half of 2022 as ExxonMobil processed more and more Liza and Unity Gold crudes at their refineries in the US and Europe. Mexican crude exports are also expected to increase further in August as US refineries run harder before a fall maintenance season as well as renewed interest from Indian refiners. 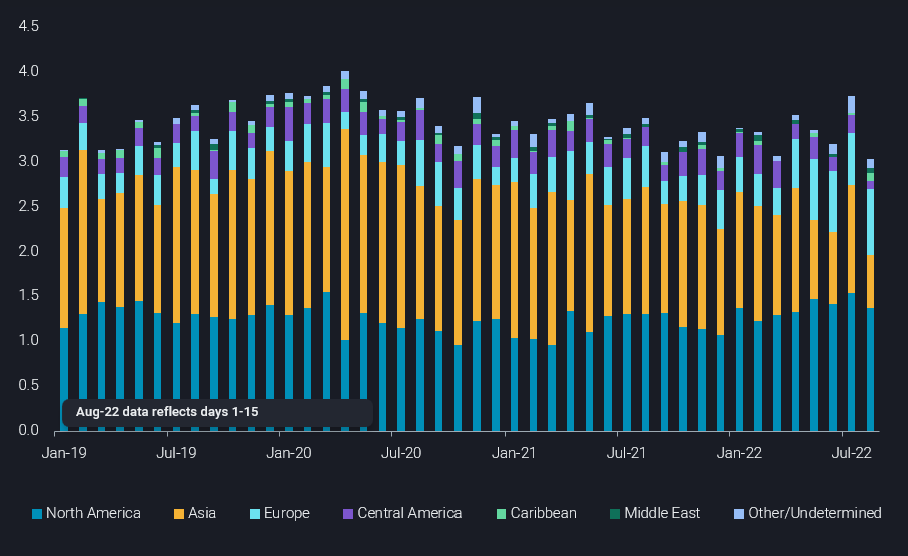 A quick look at Venezuelan crude/condensate exports shows they have reached 390kbd in August (days 1-15), which is an increase from July exports of 310kbd. But exports to Europe, part of the waiver awarded to Repsol and Eni, seem to have dried up in August with no Europe-bound cargo identified so far. 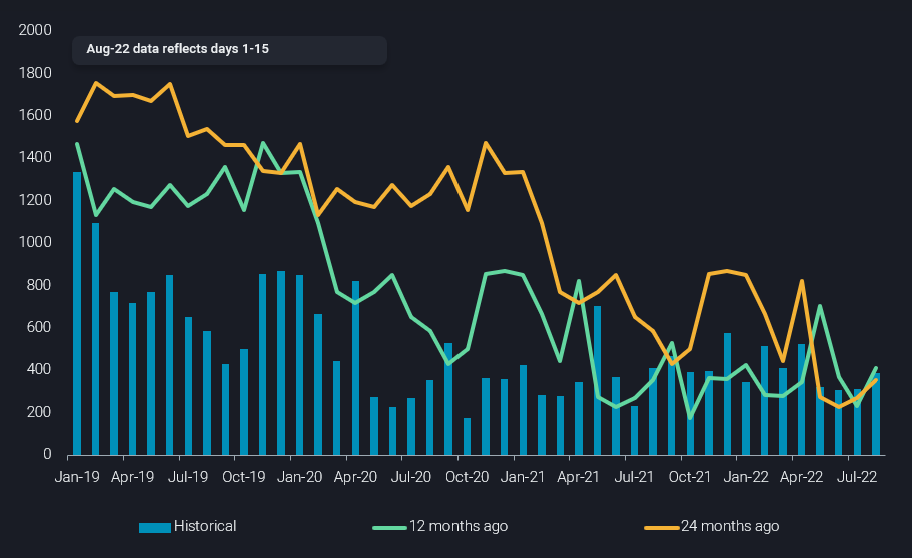