As a Russian court ordered CPC Blend exports to pause for 30 days, we look at the decision’s background, alternative export outlets and market implications.

After having cut back gas exports to Europe by about half of usual volumes, and amid speculation that the crucial Nord-Stream-1 pipeline may not come back from maintenance scheduled to start on 11 July, Kazakh crude exports via the CPC terminal at the Russian port of Novorossiysk are now under threat.

According to various news outlets, a Russian court ordered the closure of the CPC terminal for 30 days with immediate effect, albeit it is unclear whether the measure is already implemented. The official background is safety concerns following an ongoing audit. The Caspian Pipeline Consortium will appeal against the court ruling.

Not completely out of the blue

The development does not come completely out of the blue for various reasons. CPC exports were already twice interrupted since Russia’s invasion of Ukraine, due to somewhat dubious reasons, including unexpectedly severe storm damages and World War II mines.

Also the political relationships between Russia and Kazakhstan are strained, even though Russia assisted to settle an uproar at the very start of this year against Kazakhstan’s President Kassym-Jomart Tokayev on the latter’s explicit pledge. Then the Ukraine war complicated the picture. 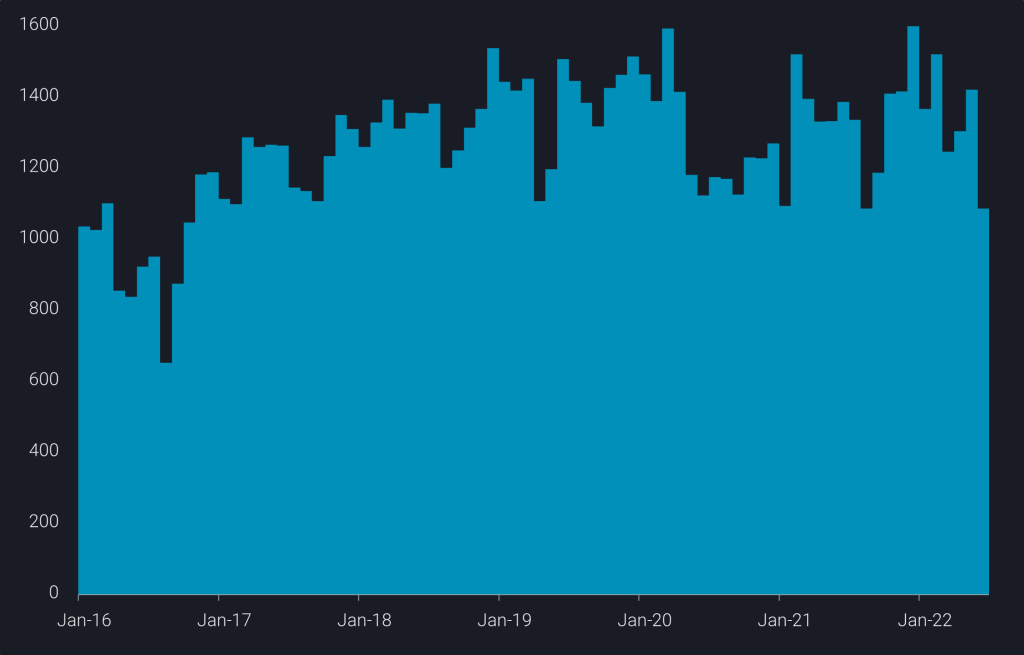 US sanctions on imports of Russian oil exclude Kazakh oil and other third-party oil exported from Russian ports. This was tested recently by Vitol, which successfully discharged a cargo of Kazakh residues laden at the Russian port of Taman (after transfer from rail) in the US Gulf Coast earlier this month after initial scrutiny by US authorities. Kazakh players are also likely keen to make sure that CPC Blend is stripped of the usual marginal content of Russian crude, presumably to the disliking of Russia.

The Russian court decision also came right after President Tokayev declared Kazakhstan’s preparedness to send more oil and gas to European and other export destinations in order to stabilise global markets. Coincidentally, oil prices have fallen close to $100/b, the lower end of the range established over the last four months.

Russian and Kazakh crude exports are strongly interwoven towards various destinations. The Urals stream exported via Baltic and Black Sea routes usually contains about 300kbd of Kazakh crude (Argus Media). As said above, CPC Blend typically includes a minor share of Russian production. There are pipeline exports from Kazakhstan directly to China of above 200kbd that however predominantly consist of Russian-origin crude. And refineries in the border regions may well exchange feedstocks.

The court ruling comes at a relatively convenient time for Kazakhstan, as the giant Kashagan field is on maintenance, resulting in a 300kbd m-o-m decline in exports to a 5-year low of 1.1mbd in CPC Blend exports in June. CPC loadings for the current month have been scheduled at 1.24mbd (Argus Media). From that point of view the decision looks like a harsh political warning to Kazakhstan to make sure Russian interests are taken into consideration. But how the situation will develop after the 30-day term is open. 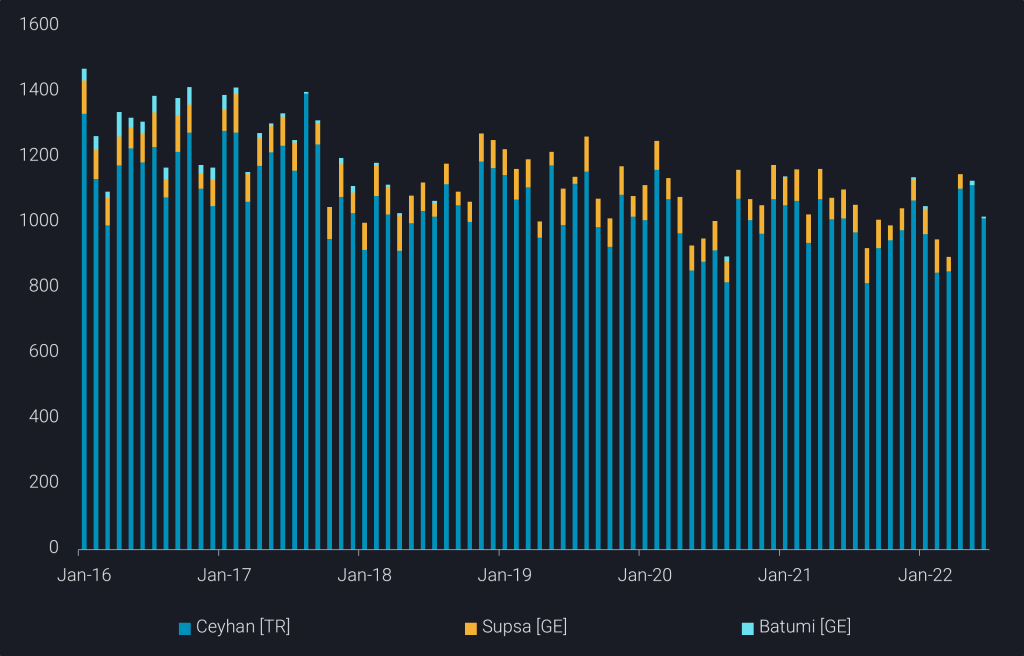 A longer-term blockade of exports via Russia would have substantial implications for the market. The country is producing about 1.8mbd of oil of which roughly 1.3mbd is exported via the CPC pipeline. Via expensive and challenging logistics, some volumes could be rerouted to the BTC pipeline which surely has spare capacity, as well as to the Georgian ports of Supsa and Batumi. All this would involve various transfers between different means of transport, such as ships on the Caspian Sea, pipelines, and rail. Then there is the pipeline to China where Russian volumes could potentially be replaced. Some volumes could be exported via swaps with Iran – already in the past a highly challenging endeavor. Finally, there may be a bit of upside in domestic refining, which produces surplus products that need to be exported as well.

Outlook: Another reason why the crude sell-off is likely to be short-lived

All in all, it would be challenging enough for Kazakhstan to make up for the 300kbd or so that are currently exported via the Russian Transneft system and that are surely at risk in the case of a standoff (with a knock-on effect on the crude quality of Urals). That means that close to the full 1.3-1.4mbd of CPC Blend exports are at risk. Just another reason why the recent sell-off in crude futures driven by recession concerns is very likely overdone (see also this LinkedIn post).