US crude exports have held up through the effects of the global pandemic, despite US crude production drops. The mismatch in lockdowns between the US and Asia – with the latter easing restrictions earlier – has helped sustain buying interest in a key demand region. But another factor is that cargoes hitting the water now may have been booked months in advance. In this scenario, we should expect crude exports to decline in response to the slump in global demand. 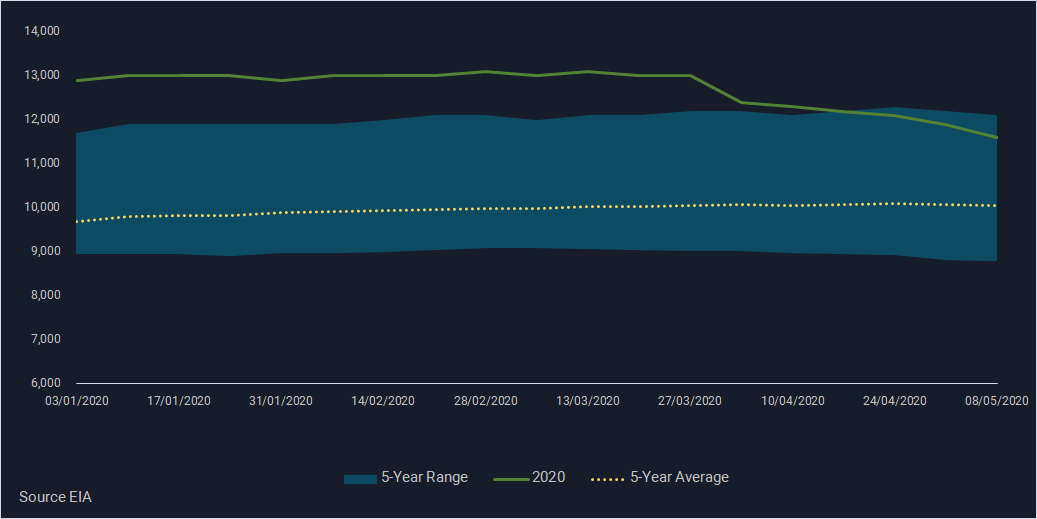 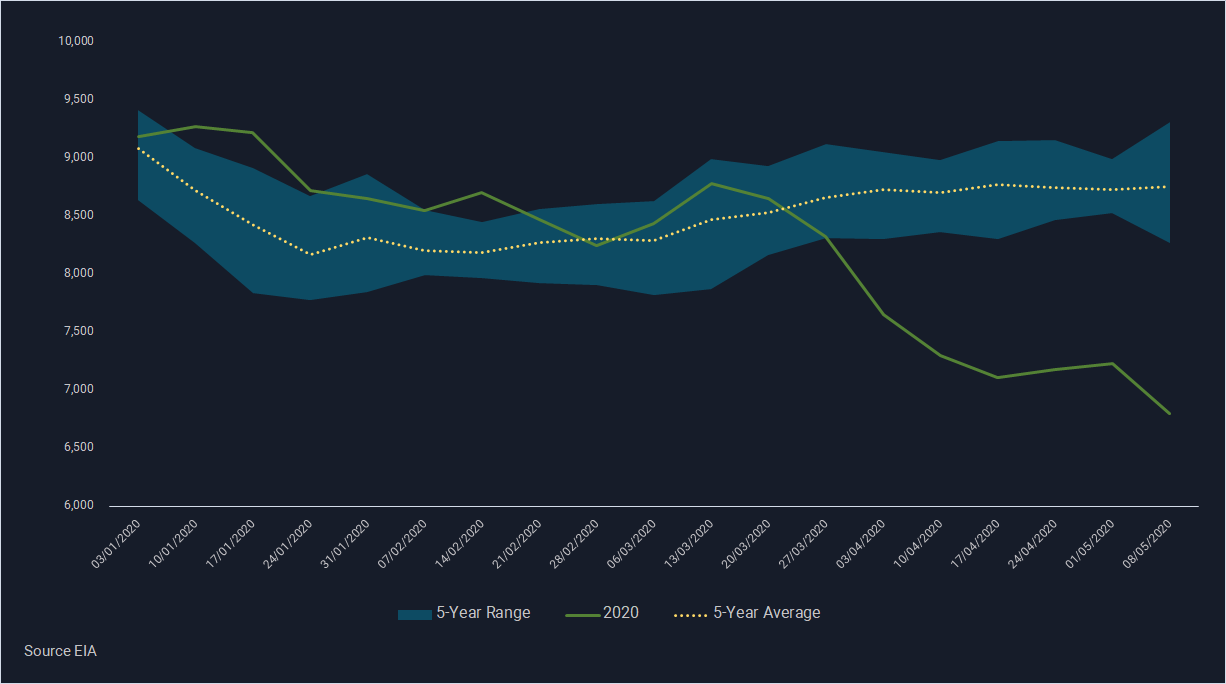