The rise of US crude exports along with the widening of its customer slate in recent years means that more US crude finds itself floating around the world as part of the broader global build of offshore stocks. Around 11mn bl of US crude is currently observed in a floating storage state, Vortexa data show, joining the raft of other crude grades unable to swiftly deliver to buyers due to tighter onshore storage capacity. With April US crude exports only slightly below the Q1 average, we could see this trend persist in coming weeks.

US crude floats in storage

Waiting around the world

The diversification of US crude buyers in the past few years means that US crude is spread all across the world, waiting to discharge in locations including:

The next build for US crude?

US crude exports to the wider European region stand at just over 1mn b/d in April , and while down from nearer 1.35mn b/d in Q1, some cargoes could also end up waiting to discharge, given what we observe today. 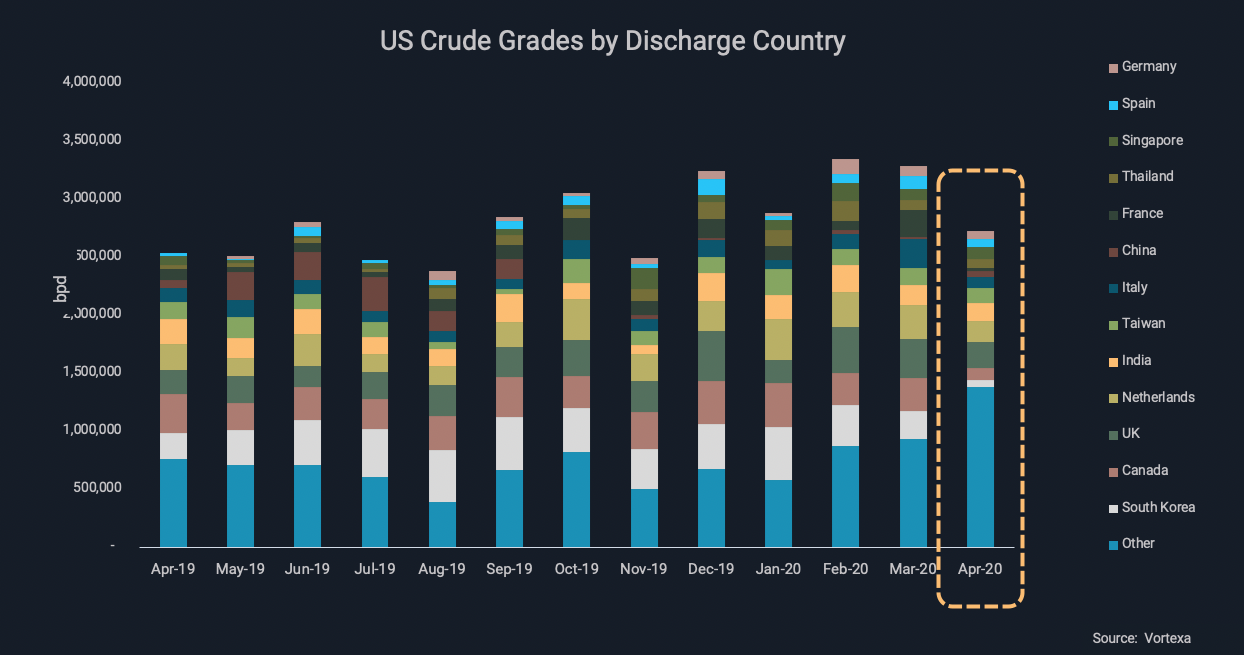