New reality for Atlantic MRs or is gasoline demand coming to the rescue?
Share

MR Freight rates in the Atlantic Basin entered April at a different reality than the one currently witnessed. USG-to-UKC (TC14) as well as USG-to-Brazil (TC18) rates were both at multi-year highs propelled by an increasing demand for vessels, which was supported by the factors outlined below:

These developments naturally attracted a portion of the MR tankers from Europe towards PADD 3. And while tonnage in Europe thinned, gasoline demand from West Africa in March was also robust. According to our data, tonne-days for clean tankers carrying gasoline to West Africa reached a 12-month high. This supply-demand combination subsequently kept Europe-to-US Atlantic Coast (TC2) and Europe-to-West Africa freight rates on an upwards trajectory. 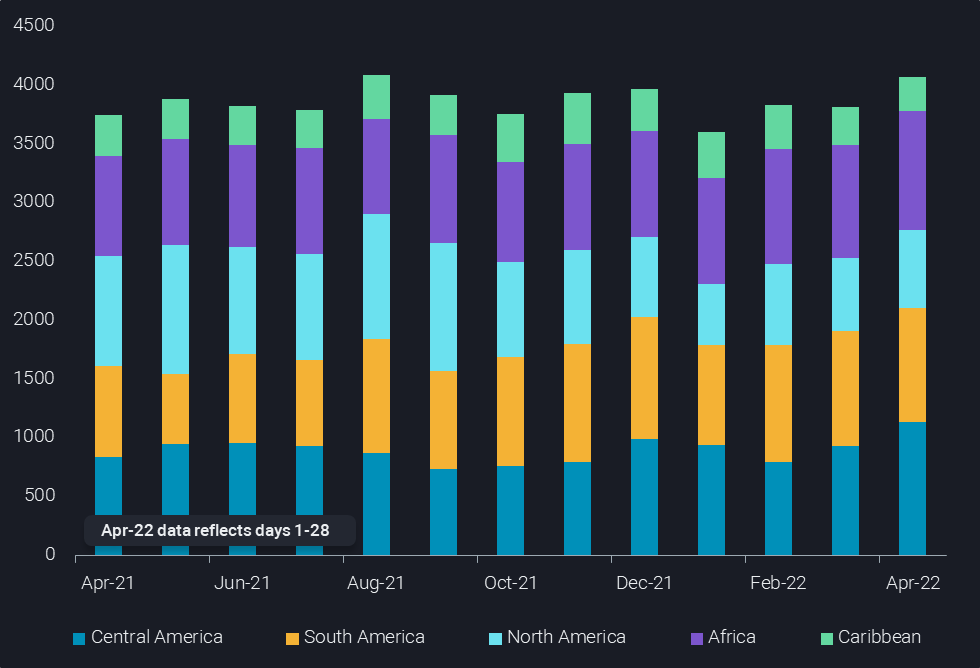 However, the tables turned after the first week of April as owners continued to reposition their MR fleet from the East to the West of Suez in order to capture higher earnings. The relentless buildup of availability, especially in the US Gulf, triggered a drastic drop in regional rates. In addition, appetite for US diesel weakened in Europe as the continent’s reduction of Russian imports plateaued. As a result, TC14 and TC18 rates have been slashed by 65% and 60%, respectively, within a 20-day window. 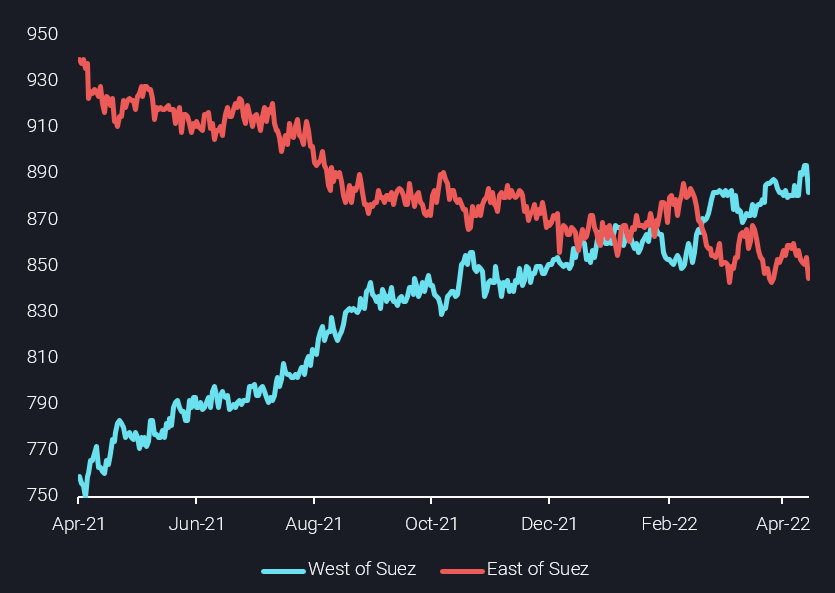 MR fleet distribution (no. of vessels)

In a similar fashion, MR supply-demand freight dynamics in Europe have not been encouraging for owners. On the one hand, Europe-to-West Africa flows weakened in April, while on the other, the MR repositioning towards the Atlantic also trickled towards Europe, building up the tonnage list. However, despite these developments MR rates from Europe continue to resist a drop, unlike their US counterparts.

This resistance in rates is driven by stronger US imports ahead of the summer driving season. Evidently, MR tonne-miles carrying gasoline to the US has increased for the 4th consecutive week, albeit still below 2021 levels. This begs the question as to whether this trend will continue.

All these factors are signalling a recovery of the transatlantic gasoline trade, which will contribute in alleviating tanker oversupply from the US Gulf coast.

Stronger demand from Latin America for CPP imports will also contribute to reducing regional tanker oversupply. This is especially the case for diesel as we approach the harvesting season, which boosts diesel consumption for agricultural equipment. It is also noteworthy to mention that the fleet positioning from East to West, left the former hemisphere undersupplied, which is currently driving a rally in East of Suez rates. Thus another fleet repositioning to rebalance this could be on the cards, lending further support to Atlantic Basin MR freight rates.