Taking a deeper look into the how the shipping industry is responding to scientific research around climate change and humanity’s involvement in global warming.

On Monday, August 9th, 2021, the Intergovernmental Panel on Climate Change (“IPCC”), a body of the United Nations focused on scientific research around climate change, released a landmark report on humanity’s involvement in global warming. Key findings include dire warnings that within 20 years, temperatures are likely to rise by more than 1.5 degrees celsius, and even if net zero is reached by 2050 that may still be the outcome. Immediate action might only help us “achieve” this number, whilst anything less will contribute to irreversible damage. Some impacts such as rising sea levels might take centuries to be overturned, whilst others will still take decades to be mitigated.

As the global health pandemic of the past year brought to a screeching halt emissions on a global scale, and dolphins return to the now crystal clear waters of Venice (this was actually fake news, click here) where does shipping lie in this debate? Shipping’s impact on the environment and what steps are (or should) be taken are the subject of this month’s newsletter.

According to the IMO’s 4th global greenhouse gases (“GHG”) emissions study published in 2020, GHG emissions of total shipping have increased from 977 million tonnes in 2012 to 1,076 million tonnes in 2018 (9.6% increase) mostly due to a continuous increase of global maritime trade. The share of shipping emissions in global GHG emissions has increased from 2.76% in 2012 to 2.89% in 2018. If we take into account the fact that all types of transportation contribute 24% of CO2 emissions globally, shipping is but a small contributor especially in light of the incredible value it brings as the most efficient means of transport available today for goods and energy.

Never has there been a greater number of shipowners exploring different options when it comes to alternative fuels.

The IMO is behind an ambitious goal which plans to “reduce CO2 emissions per transport work (carbon intensity) by at least 40% by 2030 and reduce the total annual GHG emissions by at least 50% by 2050”. However, all things remaining equal, emissions in 2050 are actually projected to increase to 90-130% of 2008 emissions by 2050. Thus, measures such as lowering a vessel’s emissions through the use of energy-saving technologies or operational directives such as reducing speed are unlikely to be enough. This is where low-carbon alternative fuels can drastically help reduce emissions from the industry whilst allowing the vital needs addressed by shipping to continue being met unabated. 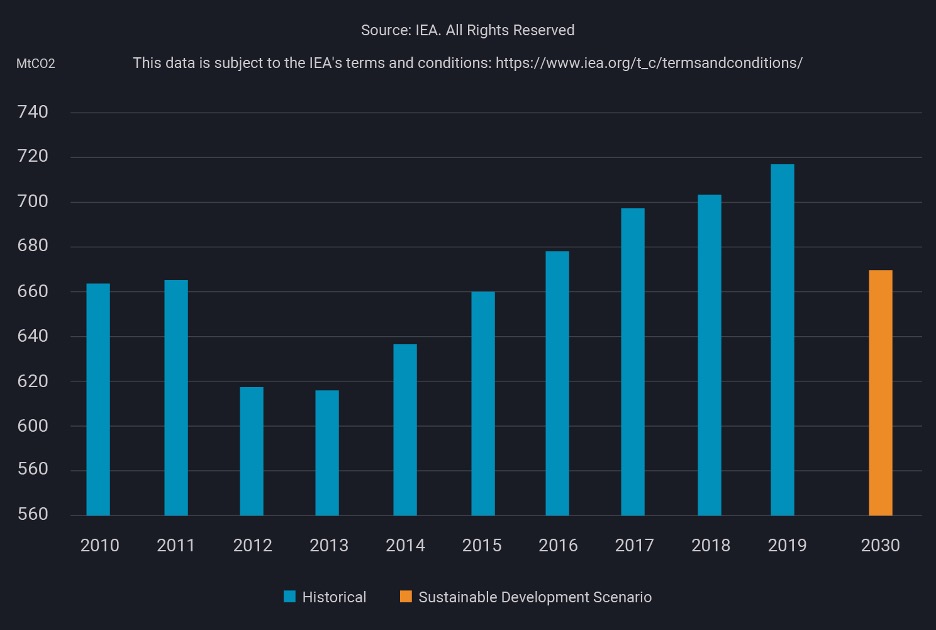 In her latest novel, “Reimagining Capitalism in a World on Fire”, Rebecca Henderson prones a three-way collaborative approach to tackling an industry’s reinvention in a sustainable manner. This involves an alignment between the industry itself, the private and the public sectors. It seems the shipping industry has taken that advice onboard (no pun intended). From a public sector point of view, the IMO of course but also the European Union are taking great strides to help solve this challenge, which we will explore in further detail in the next paragraph. The private sector is following suit, with initiatives such as the Poseidon Principles, which brings together a number of financial institutions to include climate risks at the forefront of any financing deal. Last but not least, never has there been a greater number of shipowners exploring different options when it comes to alternative fuels and putting their money on the table by committing to vessel orders fuelled by methanol or ammonia amongst possible candidates.

The Marine Environment Protection Committee (“MEPC”), in charge of addressing environmental issues under the IMO’s remit, met for the 76th time in June of 2021. This session aimed to make significant progress on decarbonising the industry and laying the roadmap for that. Unfortunately, the outcome fell short of expectations of market participants. One issue relating to Black Carbon in Arctic waters was even dropped due to “lack of time”… talk about saving the planet, you’d think the session can go beyond the normal 9-5.

The main newsworthy amendment is the introduction of the Energy Efficiency Existing Ship Index (“EEXI”), not to be confused with the Energy Efficiency Design Index or EEDI (I’m starting to suspect that adding more acronyms in shipping could be part of the problem but we’ll tackle that another day). The EEDI will now be calculated for each ship above 400 gross tonnage in order to provide them with the technical means to improve their energy efficiency. In turn, the EEXI will allow the establishment of a ship’s annual carbon intensity indicator or CII (see what I mean) in operation. Ships will obtain a rating from A (best in class) to E (should really not be allowed to sail). If a ship is rated D or less for 3 consecutive years the owner will have the responsibility to increase the ship”s efficiency in order to get it back to a rating above D. Further action-inducing vocabulary includes “encouraging” ports or relevant authorities to provide “incentives” for ships with low ratings to find it difficult to do business on a global scale. Frankly, at this stage of the problem, I believe everyone in the industry was expecting, if not hoping, for more drastic measures.

Whilst it is easy to understand why less carrot and more stick might work in most instances, what would that look like in shipping markets? A carbon levy on per metric tonne of CO2 equivalent on shipping fuels seems like the best step forward. Trading house Trafigura proposed such a scheme, led by the IMO, in order to decarbonise the industry faster and better in a white paper published last year. Having become one of the world’s largest charterers in recent years, Trafigura detailed how only a system of levies and subsidies in favour of low and zero-carbon alternative fuels would spur the decarbonisation of the industry and help all market participants achieve their goals in order to make shipping a greener and more sustainable industry. Such a scheme would firstly help close the competitive gap by allowing the financing of infrastructure projects amongst others. Secondly, it would help fund research and development, channelling much needed investment. Oil major Shell has previously estimated the cost of decarbonising the entire industry at $1.65 trillion. The money will have to come from somewhere. Last but not least, a portion of the money raised would be used to help address the impact of climate change on small island states and developing countries that stand to be disproportionately affected. 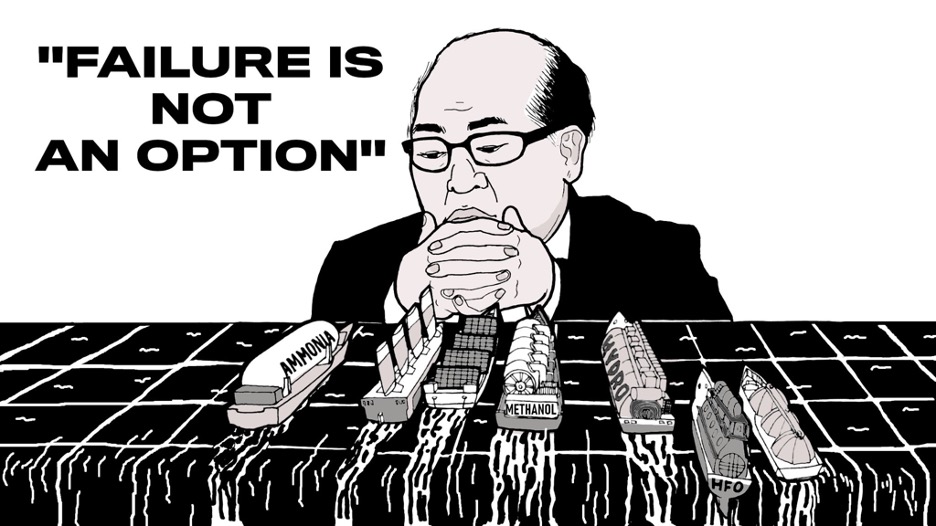 “Failure Is Not An Option” by Sheridan Hart

Whilst the increasingly alarming findings of the scientific community are not good news, they at least provide a rally cry for the world. Investments in making the shipping industry a greener place are increasing. A number of viable low to zero-carbon alternative fuels are being developed but we are still a long way from equipping the tens of thousands of commercial vessels currently at sea. The risk that too little is done too late still remains.