Several gasoline and diesel cargoes have diverted away from the US East coast hub of New York Harbor so far this month, suggesting a current surplus in PADD 1 that could prompt prices to recede.

Several gasoline and diesel cargoes have diverted away from the US East coast hub of New York Harbor so far this month and  proceeded further south to Caribbean storage and South America. This implies a PADD 1 surplus amid dampened demand, that could prompt prices to recede. 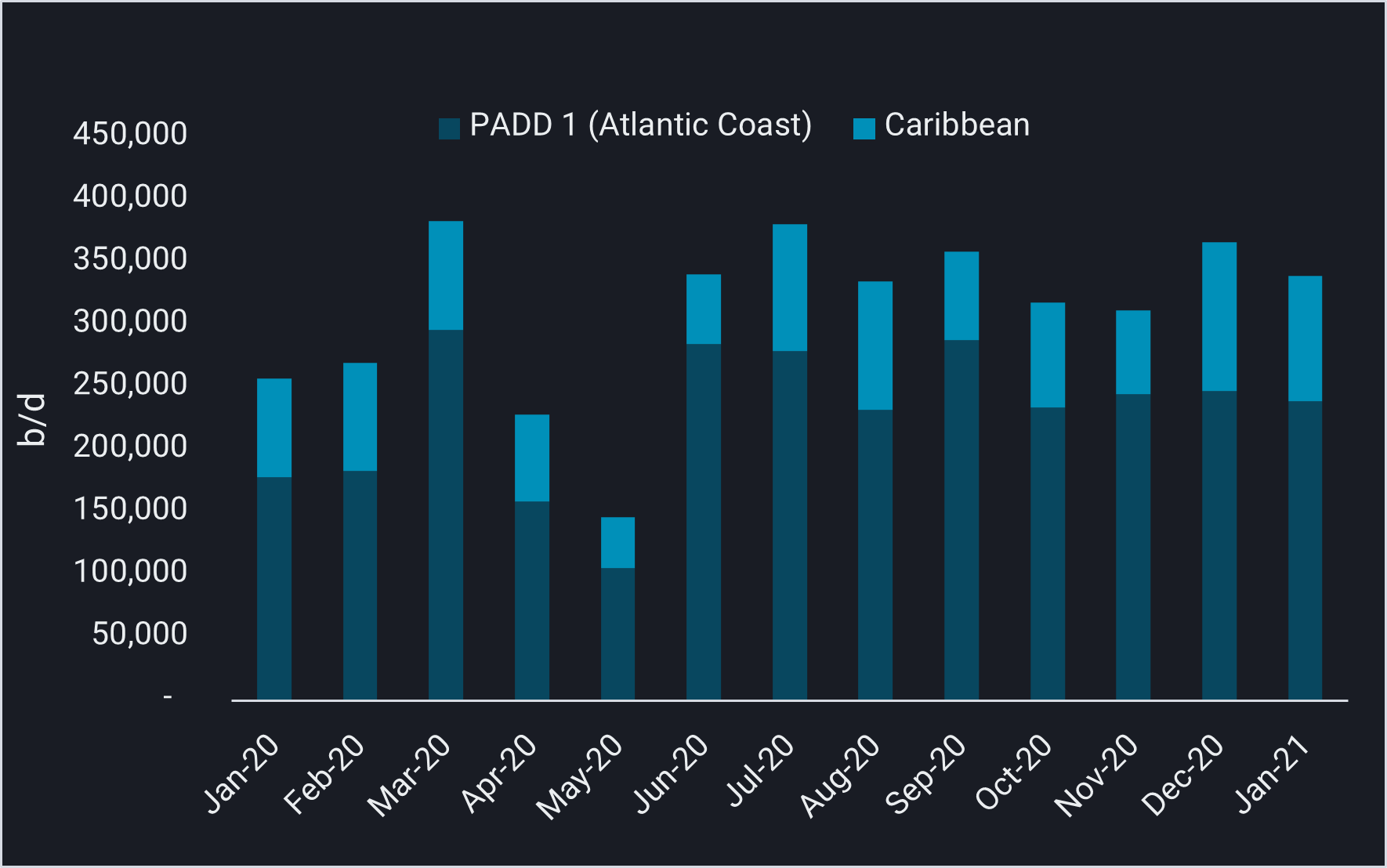 Diversions away from the New York Harbor are also being seen on middle distillates cargoes totalling another 1mn bbl.

Total diesel/gasoil arrivals into the wider PADD 1 region reached a multi-year peak of 380,000 b/d in December. But the more recent shift of diesel/gasoil away from New York Harbor suggests a period of unusually high import activity, including abnormally high transatlantic flows, has passed.