We examine how Alaska’s jet fuel market has run against the wider global trend of persistently weak demand.

There are not many places in the world where jet fuel imports are currently rising given ongoing air travel limitations in the wake of the covid-19 pandemic. One of the outliers however is Alaska, where the local jet fuel market has run counter to the wider global trend of persistently weak demand, as we share in the following insight.

The US West Coast (PADD 5) is a key net importer for the global jet fuel market, with much of the region’s imports arriving in California, home to some of the busiest airports in the US. But on top of this, there is also a significant, and growing, pull of jet fuel into Alaska, home to one of the largest air cargo hubs in the world. 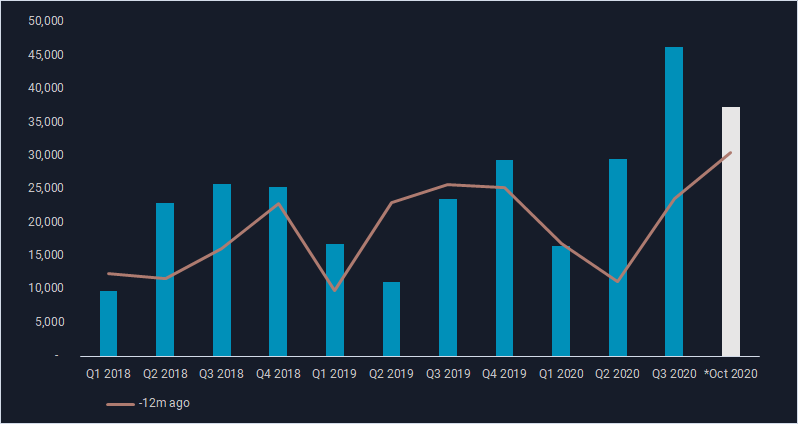 Within Alaska, the main destination for jet fuel is the Port of Anchorage petroleum terminal, close to the Ted Stevens Anchorage International Airport. The second most popular destination in Alaska is Nikiski – home to Marathon’s 68,000 b/d Kenai refinery which sends jet fuel to the airport via pipeline.