Latin America diesel imports via ship-to-ship transfers off west Africa are on track to hit a multiyear year high in March.

Latin America’s diesel imports via ship-to-ship transfers (STS) off West Africa are on track to hit a multi-year high in March and remain firm in April. The sharp rise in this new trade flow could be a trend that gathers further momentum in the coming weeks, especially given current delays with diesel flows via the Suez Canal.

Latin America’s diesel market is heavily reliant on imports with close to a 70% share of imports originating from the US Gulf Coast (PADD 3) – during Dec 2020 to Feb 2021. But a slump in PADD 3 refinery utilisation towards the end of February, as seen in EIA data, following a cold snap in the region, has driven Brazilian and Argentinian diesel buyers to source product from tankers stationed off West Africa. 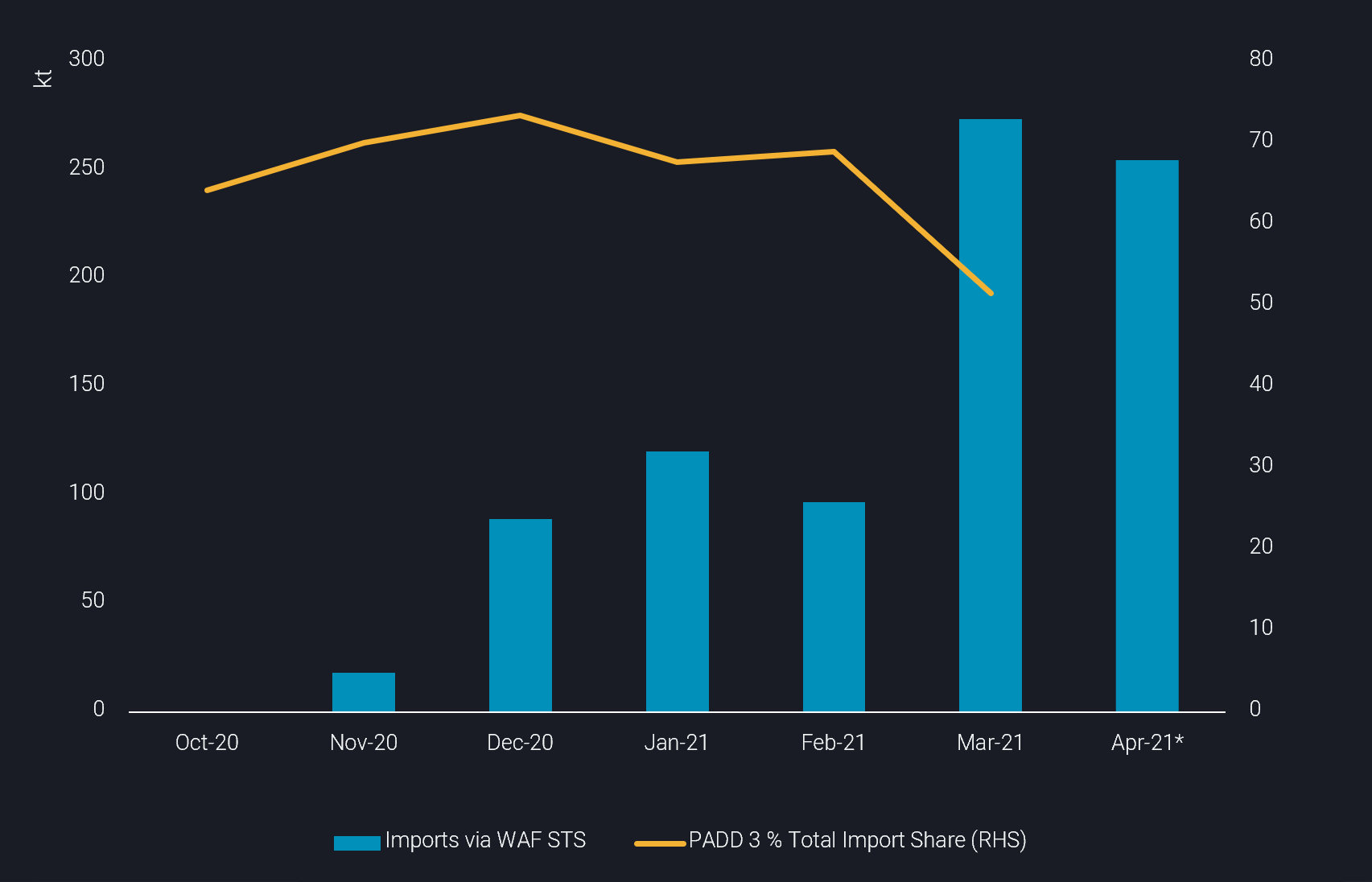 Suezmax and VLCC tankers to watch