We put the spotlight on net flows of diesel and gasoline within the Mediterranean region.

In our latest insight we shine a spotlight on the net flows of diesel and gasoline within the Mediterranean region. We analyse the locations where we have started to see shifts in exports and imports – in the context of a recent uptick in regional Covid-19 cases and ongoing refinery maintenance work and run cuts.

Mediterranean refiners are contending with an increasingly challenging operating environment. Demand for diesel, once considered the ‘king of the barrel’, is faltering in the region as another wave of Covid-19 cases triggers governments to implement new mobility restrictions. Preliminary data show the net diesel/gasoil import balance is narrowing again in October, for the third month running. 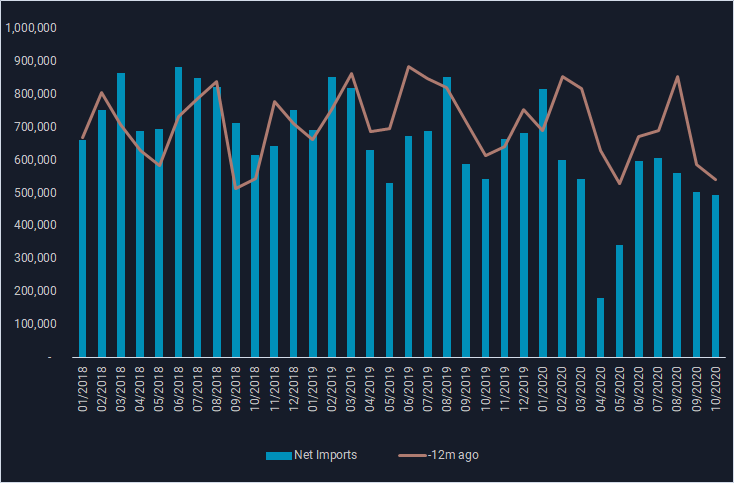 Unlike diesel, gasoline and its blending components are usually surplus products for the Mediterranean. Exports from this region typically head to west Africa and the US Atlantic Coast (PADD 1). But preliminary October data shows net gasoline flows (excluding intra-regional flows) to be closer parity than they have been in two years. 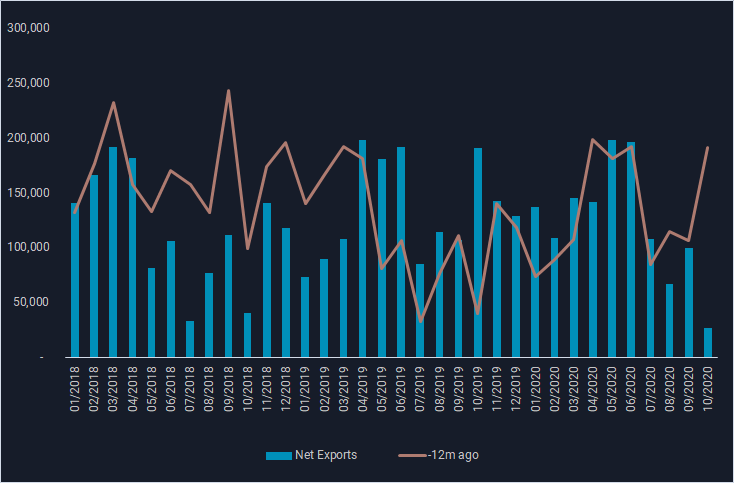