In this insight we examine how on a product and country basis the Middle East responds to global shifts in transportation fuels, especially diesel.

The importance of the Middle East’s role as a swing supplier of clean products has grown in recent weeks and given the current market fundamentals and the uncertainties related to Russia, this is likely to remain the case for some time.

News of discussions between France’s TotalEnergies and UAE’s Adnoc on a diesel supply agreement (Argus Media) underlines the important role the Middle East plays right now and even more so in the coming months, as European buyers seek to curb Russian oil. Quite some progress has been made in this regard in crude oil, residues and other products, but not yet for diesel.

Our latest data shows Saudi Arabia, UAE and Kuwait as the key contributors to the recent growth in CPP loadings, especially diesel. These increases during the June-July period have come mostly from the back of refinery upgrades and/or increased refinery run rates.

In contrast, gasoline/blending components loadings from the Middle East have lost momentum and have likely peaked in the near term – the US driving season is now over (a dampener for West of Suez gasoline demand) and the concerns are growing over the impact of a wider recession/inflation upon East of Suez gasoline consumption. 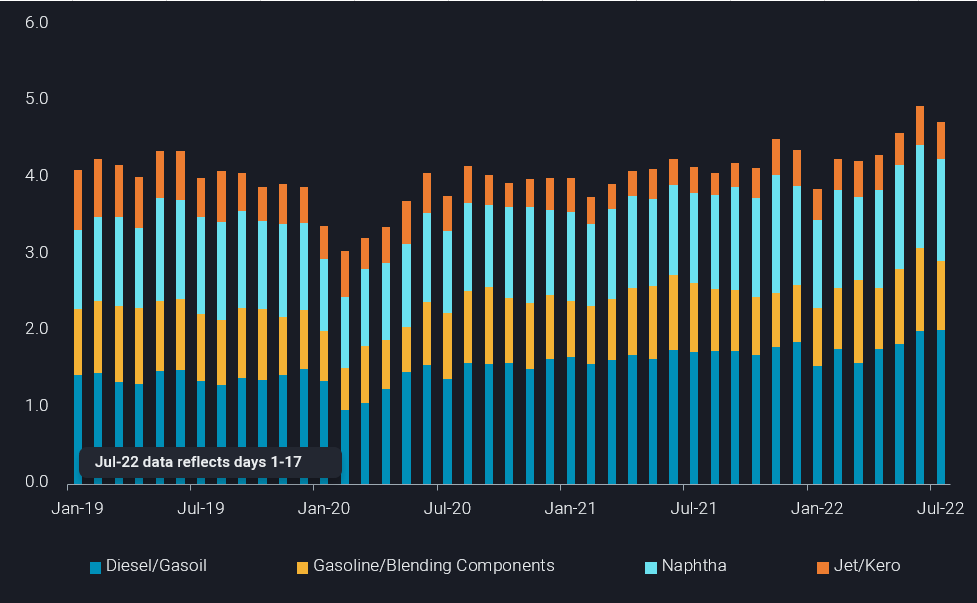 Key highlights from our data: 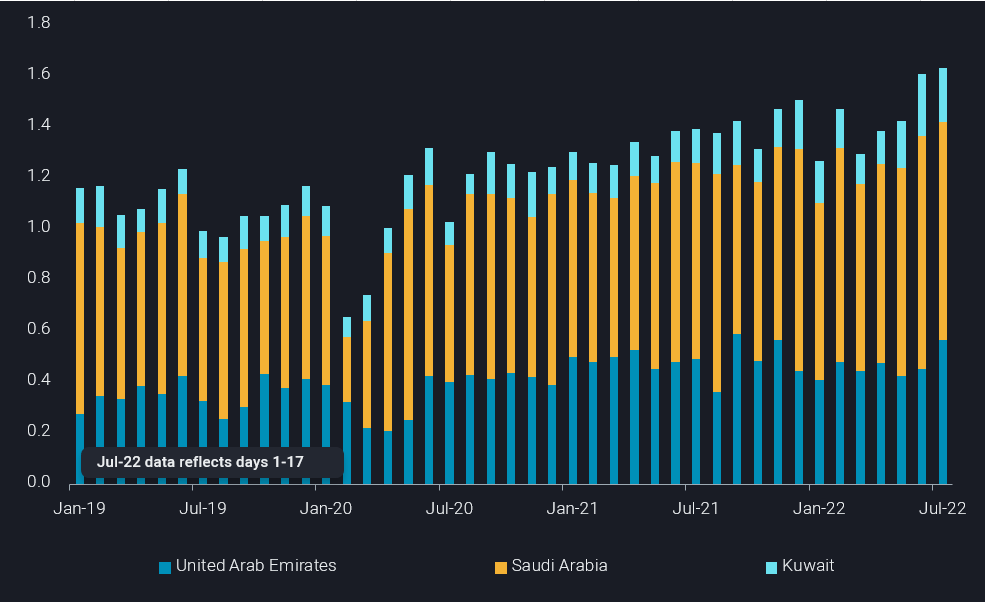