US gasoline/blending components imports into its Atlantic coast (PADD 1) are set to fall to the lowest weekly total seen in months, for the DoE week ending 6 November.

US gasoline/blending components imports into the Atlantic coast (PADD 1) are set to fall to the lowest weekly total seen in months, for the DoE week ending 6 November. The sharp drop in recent import flows is being driven by weaker PADD 1 gasoline prices and is prompting European traders to divert cargoes away from prior planned discharge locations.

Our forward looking data shows PADD 1 gasoline/blending components imports are taking a nosedive. For the week ending Friday, November 6, we count only eight cargoes arriving in total – averaging about 270,000 b/d. This drop-off is consistent with the recent weakness observed in regional gasoline prices.

New York Harbour (NYH) gasoline prices have been steadily falling since the second week of October, down more than 15% MoM. Lower NYH prices are likely motivating suppliers to identify alternative homes for their barrels, leaving the US Atlantic coast without those marginal volumes/deliveries. This trend is supported by recent cargo diversions away from NYH, reported by Vortexa in real-time.

Below we have the MR-tanker Eco City of Angels, which changed its declared destination on Saturday 31 October from New York to San Juan, Puerto Rico.

Originally booked for the trans-Atlantic voyage to PADD 1 according to our fixture data, this updated destination may indicate more favourable gasoline pricing is emerging for sellers further south of the Atlantic.

This vessel will be interesting to watch over the coming days as a bellwether for the state of play in PADD 1. 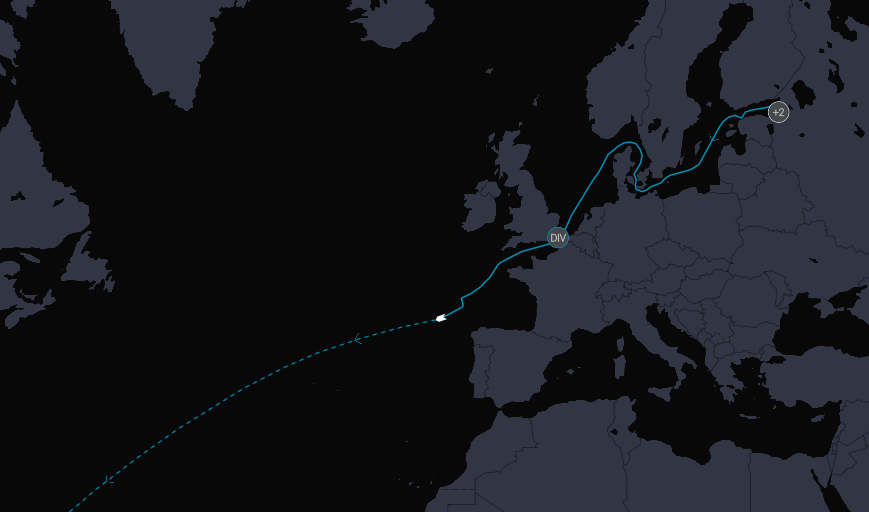 Vessel trail: Eco City of Angels
See this on the Vortexa platform