US Gulf coast (PADD 3) gasoline exports have been making a recovery from pandemic-induced lows, but weaker demand from top importers Brazil and Mexico has prompted traders to seek alternative outlets in recent weeks – including elsewhere in Central and South America and the Caribbean.

Mexico and Brazil pull back on imports 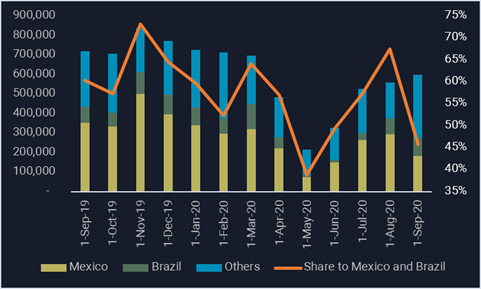