Following up on our APAC Webinar, we are answered questions on Russian oil exports, and the implactions on European and Asian crude and product flows, as well as repercussions for clean and dirty shipping.

Inspired by the interesting questions asked by our audience in today’s APAC Webinar, we have compiled key questions and answers about the latest trend in Russian supplies and the related reshuffling of crude and product flows and implications for clean and dirty shipping. You can still register and watch the recording: 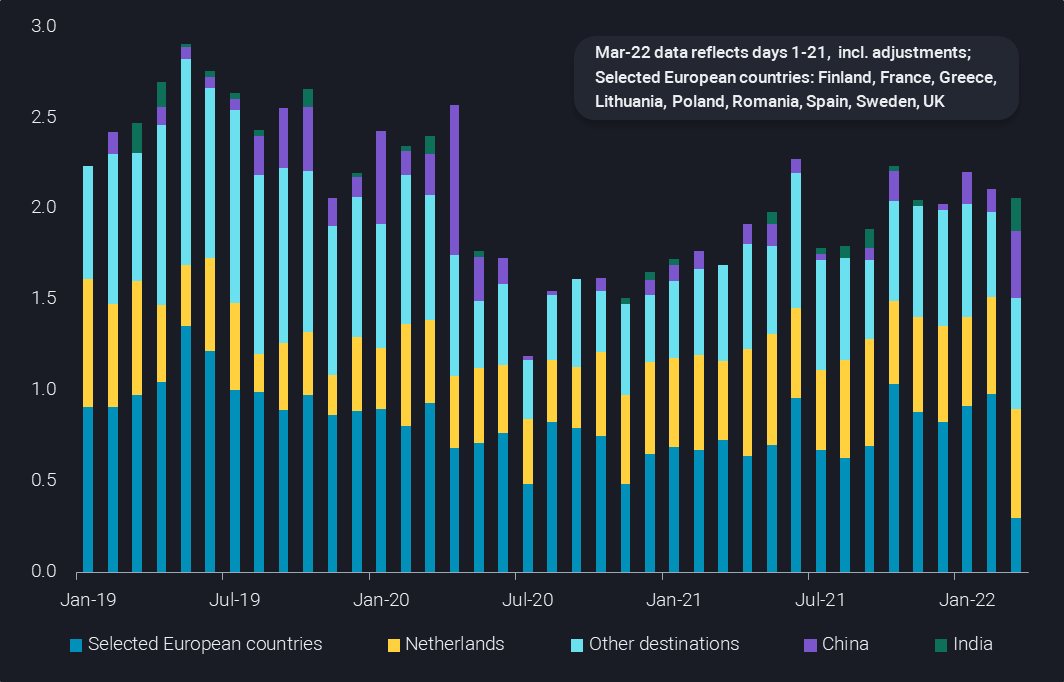 Ioannis Papadimitriou (Senior Freight Analyst): Russian volumes going to Asia would be beneficial for VLCCs and Suezmaxes at the expense of Aframax tankers – at a first glance that is. The question remains as to how Europe then replaces these lost Russian barrels. The most suitable candidates are located in the Atlantic Basin. Hence some of these barrels from the Atlantic will end up going to Europe instead of Asia at the expense of VLCCs. Thus, although the long-haul Russia-to-East Asia trade does boost demand for VLCCs, the lost Asian-bound cargoes from the US Gulf Coast and North Sea for instance, will negate this effect. Meanwhile Aframaxes, which were expected to be negatively impacted from lower Baltic-to-UKC and Black Sea-to-Mediterranean flows – will actually be compensated from this change in flows. Ultimately, the overall tanker tonne-mile demand changes per vessel class will remain negligible. 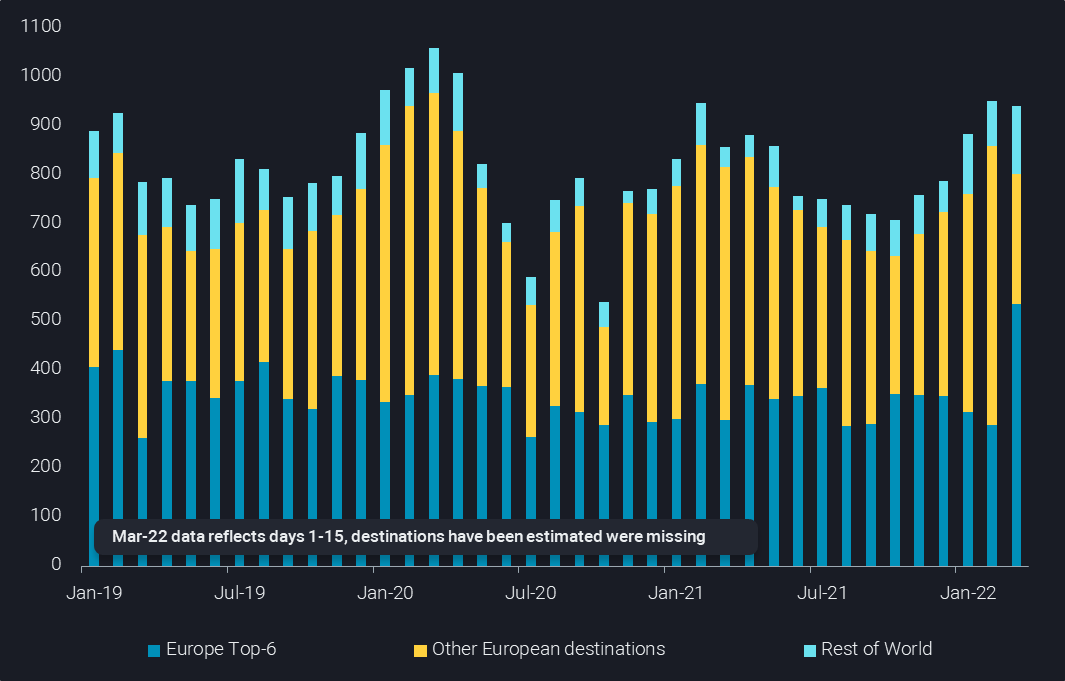 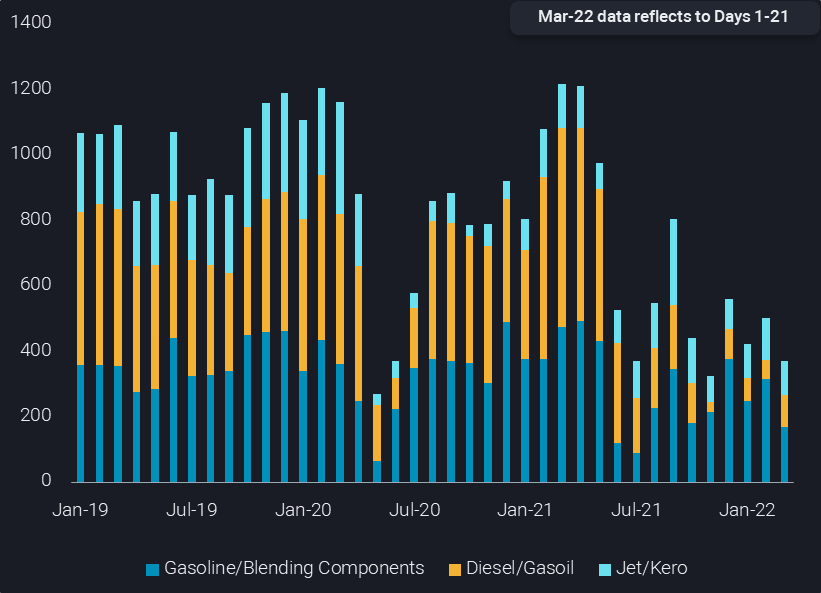