In less than eighteen days, the EU ban on Russian products begins, ending diesel flows into the EU and forcing Europe to look further for alternative sources. Additionally, the start of a new race begins as Russia pursues alternative outlets for 600-650 kbd of seaborne diesel exports that can no longer head to Europe. 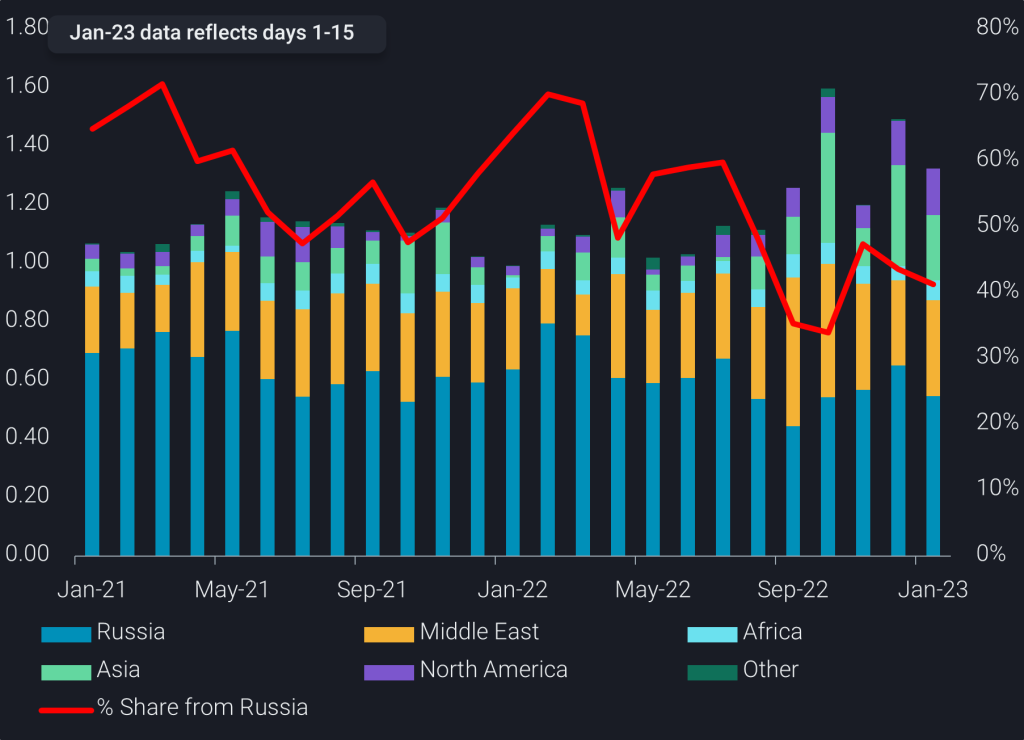 Unlike the crude markets, where many European refiners started in advance of the Russian crude ban by testing non-Russian crudes, the cessation of diesel exports to its core markets could have significant impact on Russia’s energy flows, possibly shutting in refinery operations as Russia looks toward only a few regions for export outlets. 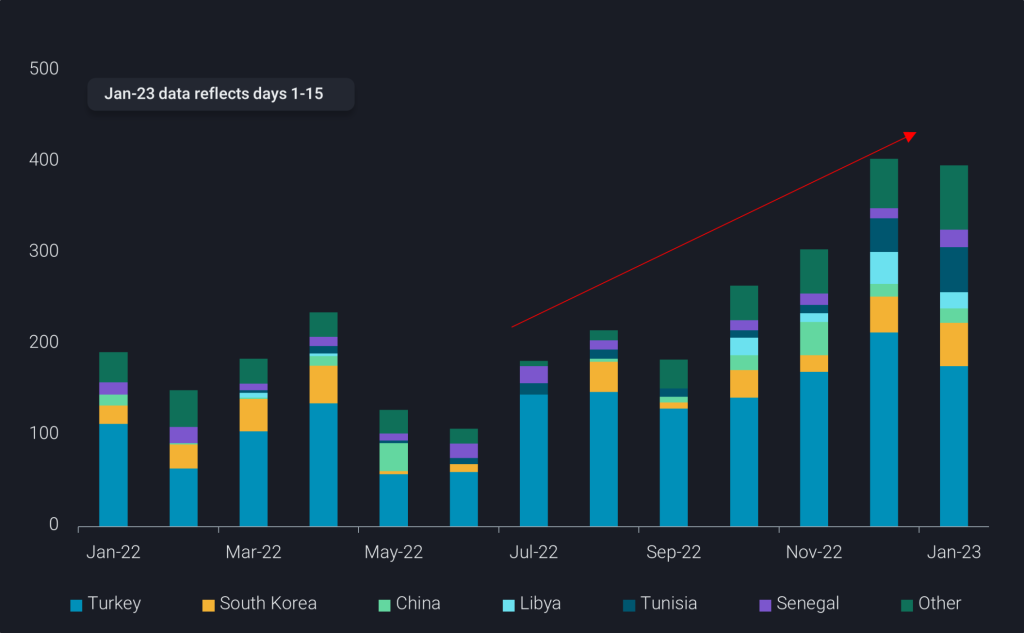 Russian diesel imports into the ARA region during Q3 2022 (136kbd) reached levels almost three times higher than Oct-Dec 2022 (50kbd) due to exceptionally high Russian refinery runs and a push for exports. Indications of the diesel market easing can be observed by recent diesel cargos which have diverted from Europe and headed to the US Atlantic Coast keeping a lid on relatively stable diesel crack spreads. Kleon and Nave Atropos, loaded diesel from Sikka in December, signaled ARA then headed to New York expected to arrive between the second half of January. 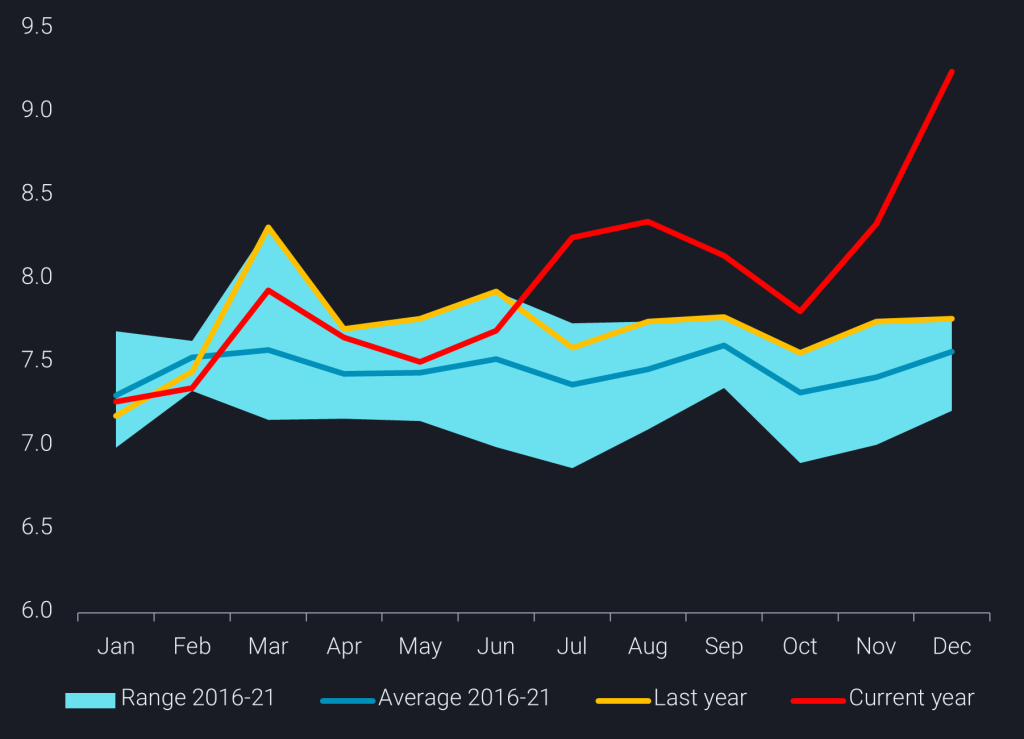 Although Europe is currently on track to secure alternative sources of diesel, it will mean an increase in freight costs and competition from other regions short of the fuel for both industrial use (Latam, Oceania) and power generation (South Africa). China, the US, the UAE, Saudi Arabia, and South Korea are already supplying more diesel than previous years to Europe aided by new refinery production (Middle East, Asia, USGC), lower domestic demand and high product export quotas (China). New projects and or expansions in H1 2023 include Exxonmobil’s Beaumont refinery, an expansion which will boost CDU capacity and road transportation fuel supply by Q1, Kuwait’s Al Zour refinery (615kbd) expected to produce around 186 kbd of diesel, Saudi Arabia’s Jizan refinery (400kd), Iraq’s Karbala refinery (140kbd) (Argus) and new capacity coming online in China. It is likely the Middle East and Asia will provide the greater share of Europe’s diesel import market due to more availability of cargoes available for the spot market that can react to favorable price swings, while many US sellers have to fulfill term contracts to supply Latin America (Argus)

Although the EU ban on Russian diesel imports is likely to tighten the global diesel market in the short-medium term, new refinery production and new buyers in areas of the world willing to buy Russian diesel (Latin America, Africa) will be strong mitigating factors for global diesel prices in the long term.