Australia’s Lytton and Geelong refineries are being threatened with permanent shutdown as the compounding impact of the pandemic on oil demand drags on. We postulate the changes on crude and refined products flows if the refineries shut.

Australia’s 109,000 b/d Lytton and 120,000 b/d Geelong refineries are being threatened with permanent shutdown as the compounding impact of the pandemic on oil demand drags on. We consider the consequences of such a scenario on domestic and regional flows.

A shift in the country’s oil flows could be imminent following potential refinery shutdowns, which would be directly reflected in lower crude, and higher refined products imports. As an added impact, the domestic crude backed out from these refineries may have to find a new home abroad.

Ampol and Viva Energy turning to imports for retail supply

Ampol’s Lytton and Viva Energy’s Geelong refineries have largely supplied fuels into their respective states, Queensland and Victoria. Lytton refinery has produced approximately 52,000 b/d of gasoline, jet and diesel on average, year-to-date. Viva Energy’s Geelong refinery has supplied another 58,000 b/d of transport fuels over the same period. The closure of these two refineries would result in Ampol and Viva Energy, with two of the largest retail fuel networks in the country, relying more on imports for their retail supply. And it also leaves Australia with only two refineries, Exxonmobil’s Altona and BP’s Kwinana.

Singapore the top supplier to Australia, China and India hot on heels

Singapore tops the list of gasoline and diesel exporters to Australia, taking a 26% and 18% market share in those products year-to-date, respectively, according to Vortexa data. For gasoline, South Korea comes in second spot, but with India fast catching up as October arrivals are projected to reach a multi-year high of 1.6mn bbl. 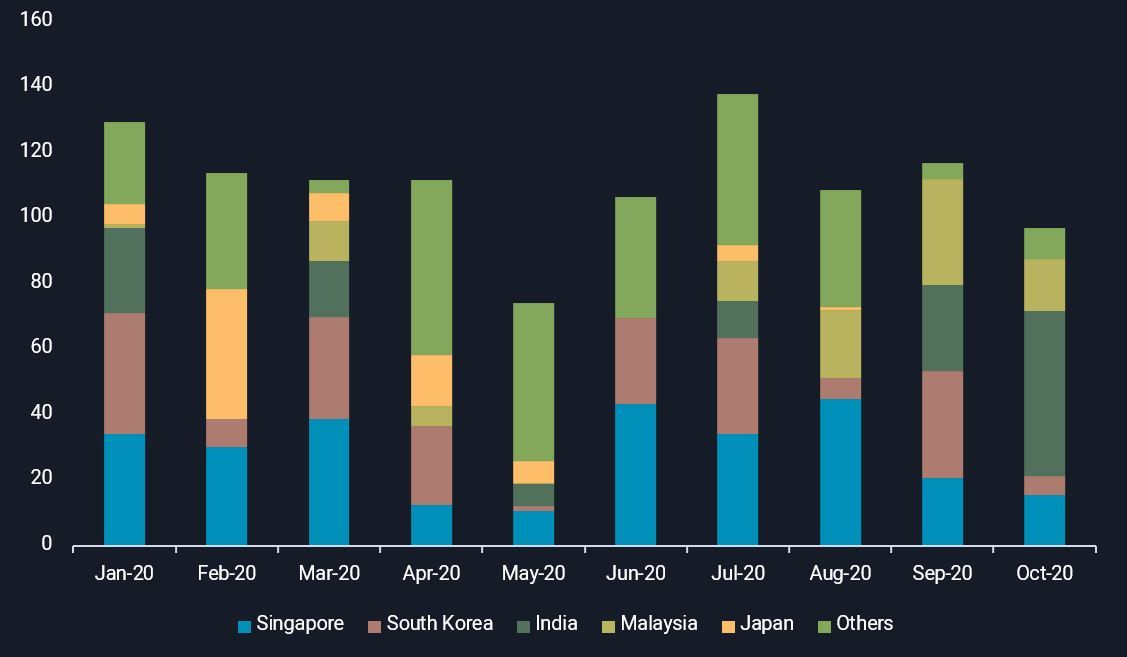 In the diesel market, China may be able to ride on the opportunity afforded by changing market conditions, to expand its market share in Australia. It has already raised diesel exports to Australia in September, with diesel arrivals from China at 126,000 b/d , at least a four-year high. The momentum is expected to continue in October.

While Singapore still leads with 65,000 b/d of diesel exports to Australia year-to-date, China which is currently at third place with 47,000 b/d, and may overtake India to take second place by the end of the year. 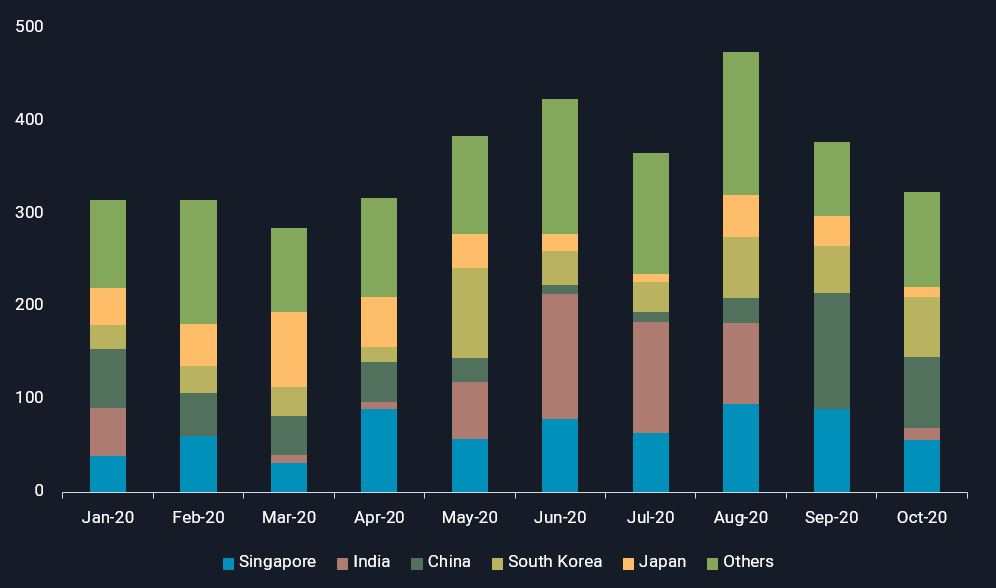 If the Lytton and Geelong refineries are shuttered, more light- and medium-sweet crudes will become available to the market.

Both refineries also processed over 30,000 b/d of domestic grades – Cooper Basin and Ichthys condensate – which would need to find a new home either in the two remaining domestic refineries or abroad. 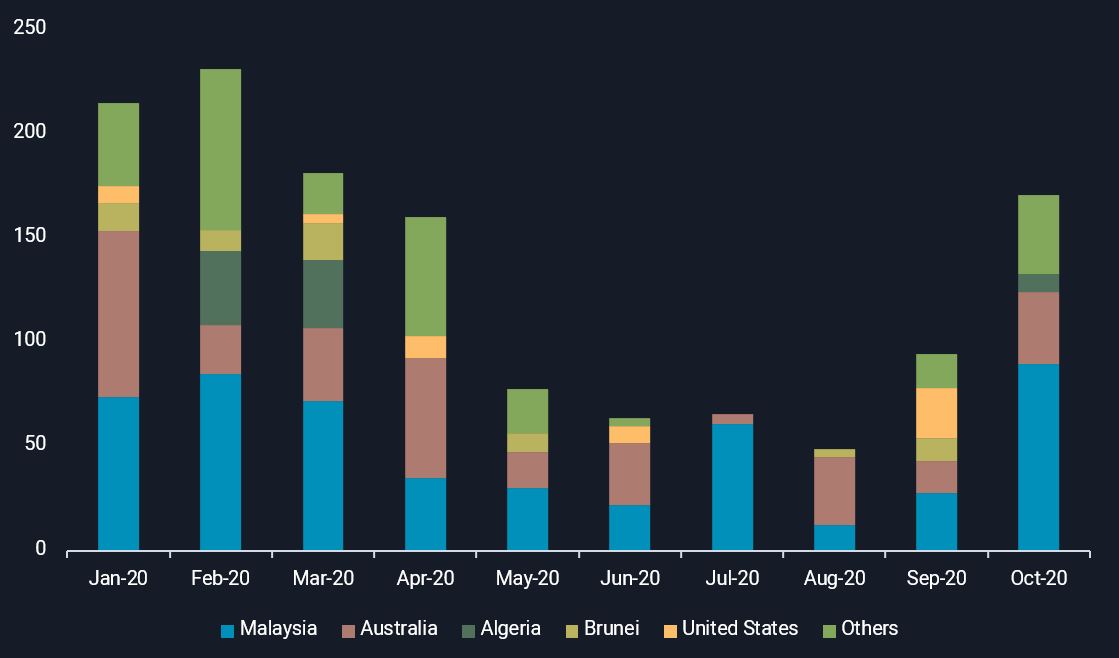