US buyers have managed to replace Russian residual fuel imports with barrels from Mexico and Middle East to run their secondary units hard.

Since stopping the imports of Russian oil in April 2022, US buyers have managed to move away from Russian residual fuel imports with barrels from Mexico, Middle East, Europe and even occasional volumes from Asian suppliers such as India. The overall import flows have also returned to levels seen before the Russia-Ukraine conflict after a slowdown in September 2022 as high diesel cracks incentivized US refiners to run the secondary units hard. 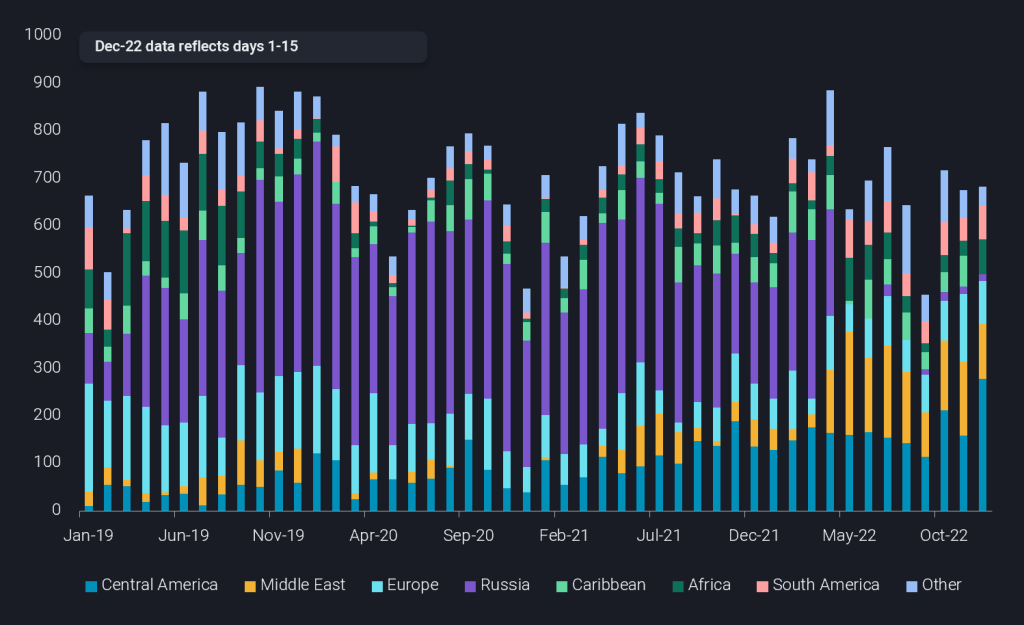 Mexico has emerged as the largest source of residual fuel imports with December (days 1-15) volumes at 280kbd. For the period from January – November 2022 residual fuel imports from Mexico have grown 40% vs 2021 average. This growth in Mexican imports can be attributed to their domestic refining system lacking the secondary units necessary to further process this residual fuel and is discussed in the next section. For the same period, viz. January – November 2022 the Middle East has managed to become a significant supplier considering negligible flows before April 2022, growing by 220% vs 2021 average. Imports from Europe deserve a special mention as flows have reached 90kbd for the first half of December and for January – November 2022 grew 16% vs 2021 average.
Another temporary but peculiar flow that has been observed since the US ban on Russian oil imports is the import of Indian VGO to the US – with two cargoes set to load in December from the Nayara Refinery on West Coast India, as a result of planned maintenance, with at least one of those cargoes expected to end up in the US.
Going forward, even as the diesel crack strength has come off compared to past months, the current margins are enough to keep the imports of residual fuel into the US at current levels as refiners look to utilize their secondary units to the max. 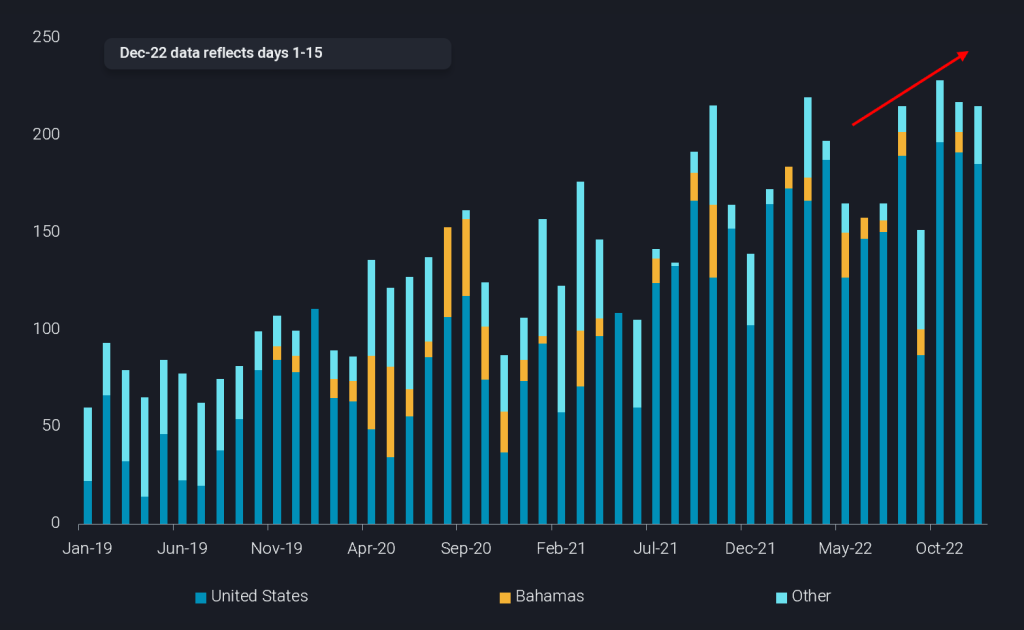 Mexico’s residual fuel oils reached record high in October (220kbd) with preliminary data showing exports already above 200kbd for December (days 1-15). Pemex reported a 16% increase y-o-y in domestic refinery runs for the Q3 along with a 14% increase y-o-y in refined product output (Argus). About 1/3 of Mexico’s product output is high-sulphur fuel oil due to the high proportion of domestic heavy-sour crude production and a lack of desulphurization and coking units in its refineries.
So far this month, most of Mexico’s fuel oil exports for Dec (days 1-15) currently observed at 185kbd are pointed toward the US. Despite Mexico’s surplus in residual fuel supplies, unviable arbitrage economics have largely restricted Mexico’s exports to Asia amid high freight costs and increased competition from Russian fuel oil flows to markets East of Suez.