US clean product flows have slowed down in October even with record high diesel cracks and below average distillate stocks in PADD 1. October has been characterized by lower refinery runs and utilization owing to fall maintenance season as well as some unfortunate incidents such as the BP Toledo refinery fire which has put the 160kbd refinery out of service until early 2023 at least. 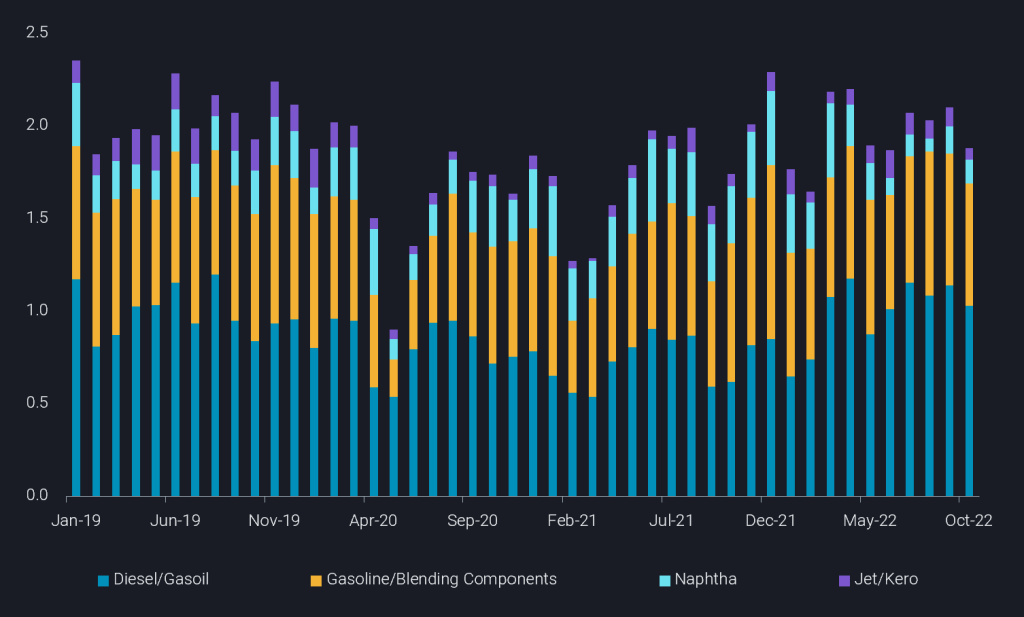 US Gulf Coast clean product exports fell 11% in October m-o-m after strong exports of 2.1mbd in September. This decline in exports from PADD 3 could finally point towards a slowing of demand from LatAm especially from Brazil’s agricultural sector as higher imports in previous months have led to adequate stocks until year end. Gasoline exports to Mexico from the US Gulf Coast fell by 130kbd m-o-m in October while diesel/gasoil exports to South America fell by 120kbd m-o-m. 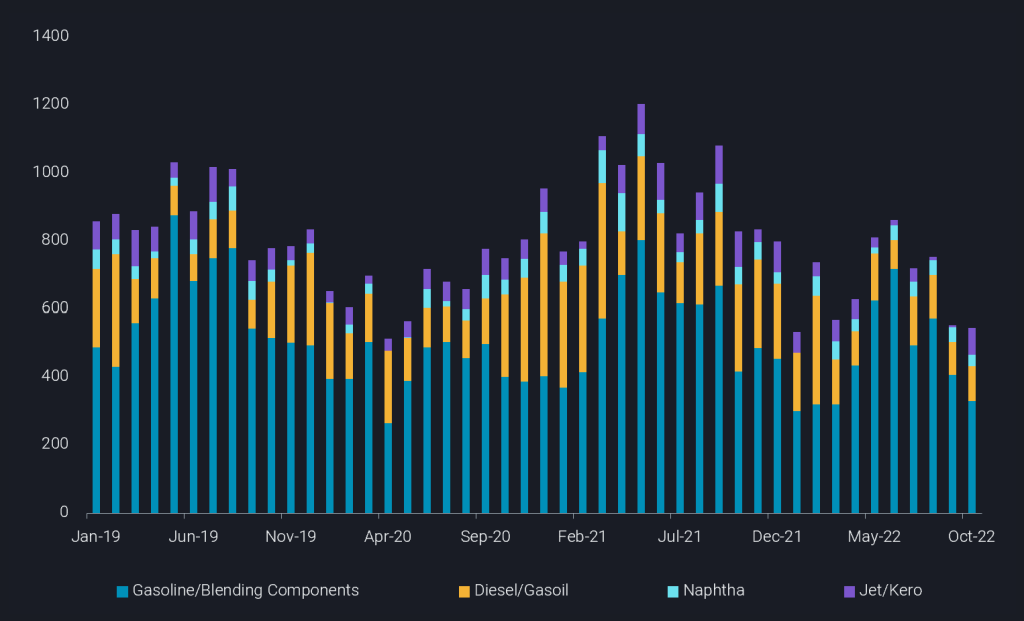 PADD 1 has been making news recently for below average distillate stocks and fears of diesel shortages (EIA and Bloomberg). Overall USAC refined product imports remained steady at 565kbd in October due to increased diesel and jet imports, but gasoline imports fell 19% in October m-o-m. The main factors behind the drop in PADD 1 gasoline imports can be attributed to European gasoline flows increasingly moving to West Africa and South America and to some extent PADD 5. India gasoline/blending component exports have been curtailed since August due to increased domestic demand during the holiday season however since the US gasoline has changed to winter spec, there is also less demand for India’s alkylate and reformate cargoes. 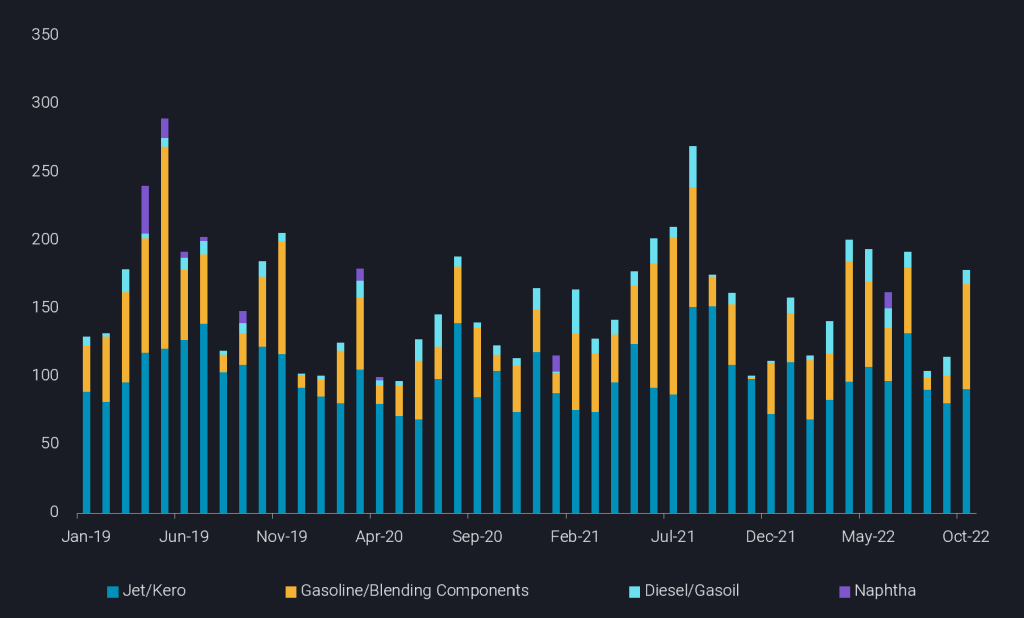 Unplanned refinery outages in PADD 5 have led to increased imports of jet fuel and gasoline for the month of October. Gasoline imports have gone up by 50kbd m-o-m in a region where retail gasoline prices fell below US$5.00 per gallon in mid August for the first time since the beginning of the year (EIA), where they stayed for 5 weeks contributing to the stock draws and prompting increased loadings from Asia. Jet fuel imports have also increased 13% in October as flight traffic is expected to go up as we approach the Thanksgiving holiday season at the end of November.

As stated in the beginning of the blog, the BP Toledo refinery outage will continue to impact product supplies in the Midwest and will likely divert some refined products from the US Gulf Coast inland. Low water levels in the Mississippi mid-October halted barge traffic near Memphis, Tennessee which led to reduced refinery runs at refineries along the lower Mississippi River.
Going forward, critically low stock levels in PADD 1 point towards more diesel and jet fuel imports for the upcoming holiday season. In terms of PADD 3 clean product exports, increased refinery runs and high diesel cracks should ideally lead to increased product exports but slowing demand both domestically and from LatAm could create headwinds.