The recent drop in US refinery throughput following the North American winter storm has strengthened transatlantic gasoline flows, while exerting pressure on Medium Range (MR) tankers operating in the Americas. But looking forward, the tables could be turned.

The recent drop in US refinery throughput following the North American winter storm has strengthened transatlantic gasoline flows, while exerting pressure on Medium Range (MR) tankers operating in the Americas. But looking forward, the tables could be turned.

Crude processing by US refineries during the last week of February fell to lows last seen in 1982 according to EIA. Meanwhile, domestic gasoline demand has increased in the aftermath of the February ice storm, pushing refining margins to levels last seen when hurricane Harvey hit the US shores in September 2017. The 3-2-1 crack spread against WTI Houston – a proxy for US refineries’ total refining margins – crude averaged $16.80/bbl for the week ending March 5, according to Argus Media, up by 42% from the first week of February.

Depressed crude processing activity in PADD 3 has on one hand weighed on the region’s gasoline exports, and on the other hand boosted PADD 1 and PADD 3 gasoline imports, our data show. 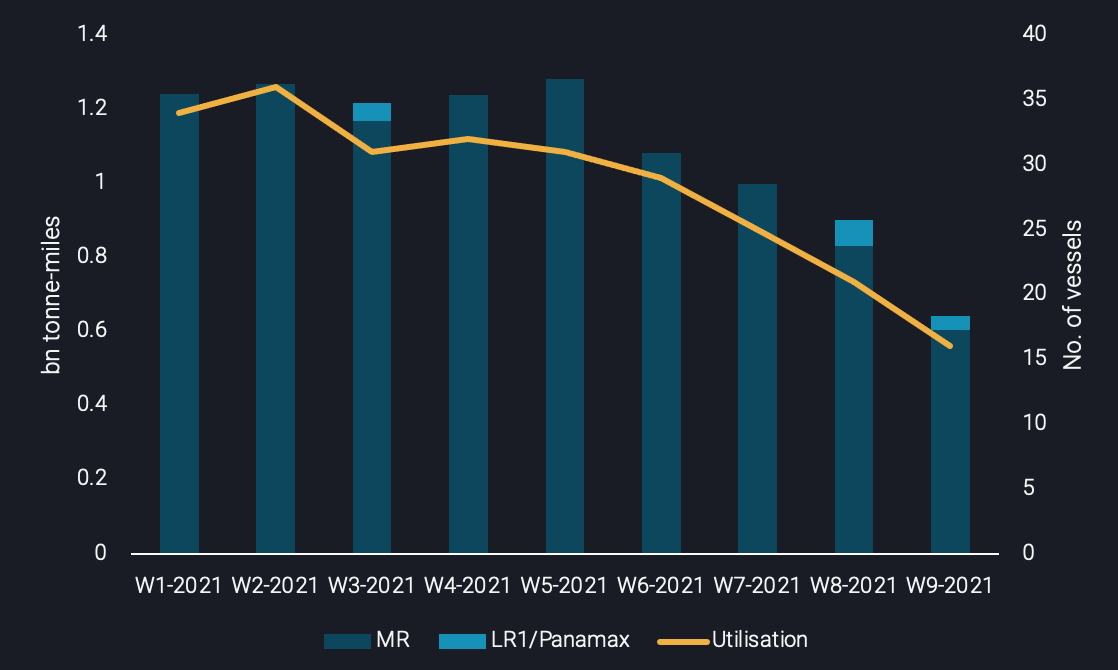 MR and Panamax tonne-miles (billion) vs. Utilisation (no. of vessels) 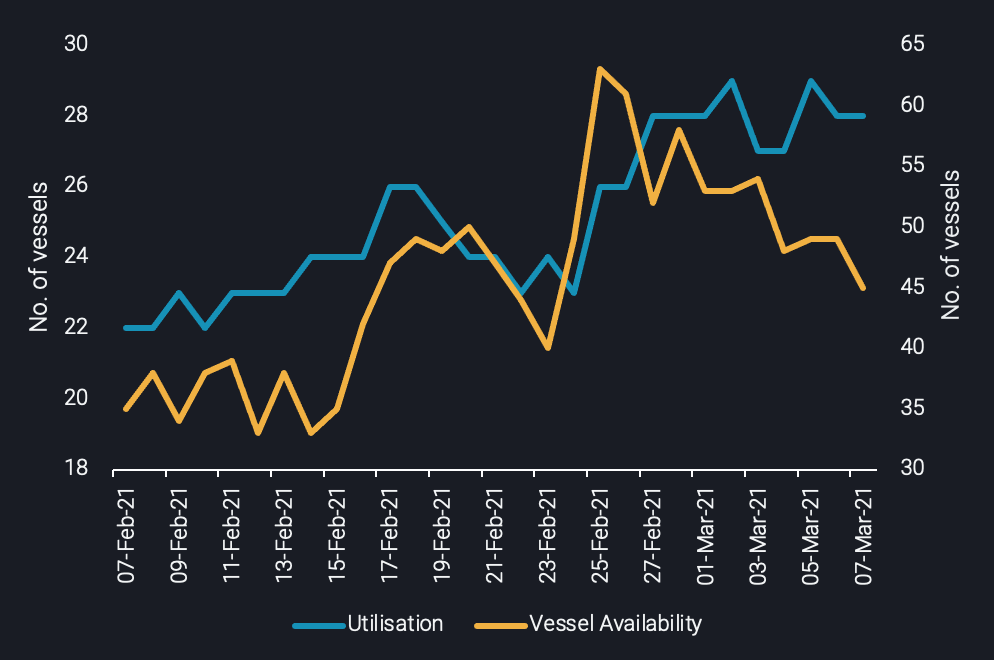