Gasoline markets in the US have been dominated by Covid-19-related demand destruction this driving season. Reduced waterborne gasoline imports and lower local refinery production have led to a large deficit in the total volume of gasoline supplied to PADD 1 during the driving season this year versus 2019. 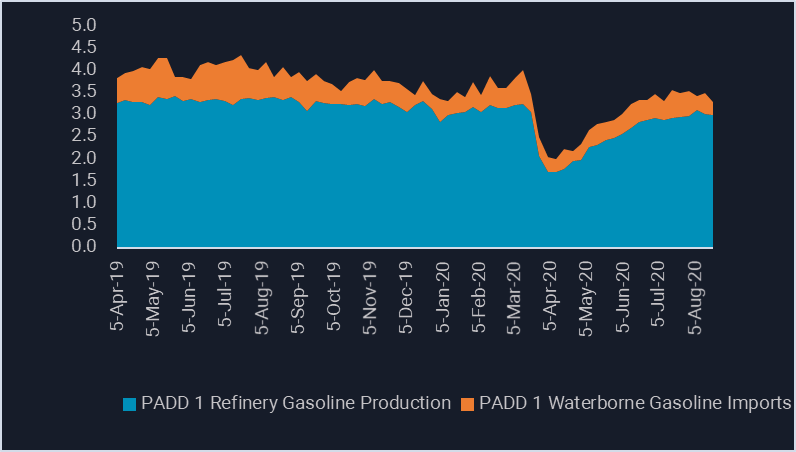 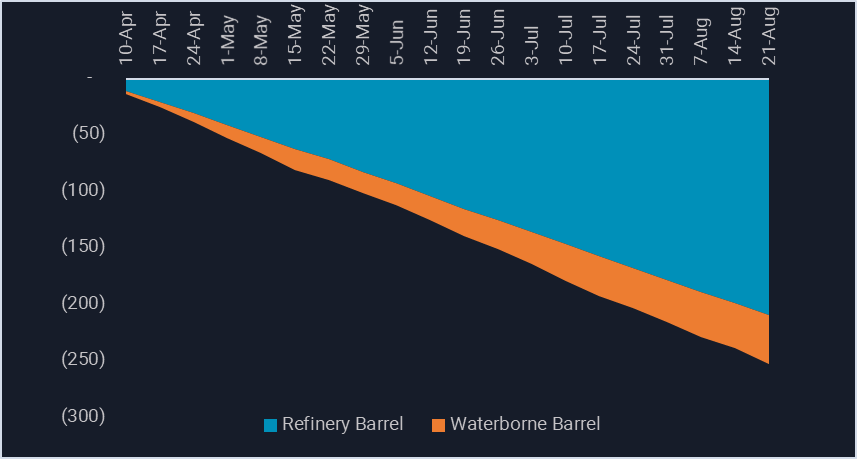