The share of US marine fuels arriving into the global bunkering and storage hub Panama rose sharply in the first half of this year, following the shift to IMO-compliant marine fuels. This displaced previously dominant high sulphur fuel oil (HSFO) from South America, as we highlight below.

We also note how the steady growth of traffic through the Panama Canal in recent years has supported rising bunkering demand, which will also feed into continued demand for US supply in the long-term.

US takes the lead in Panama 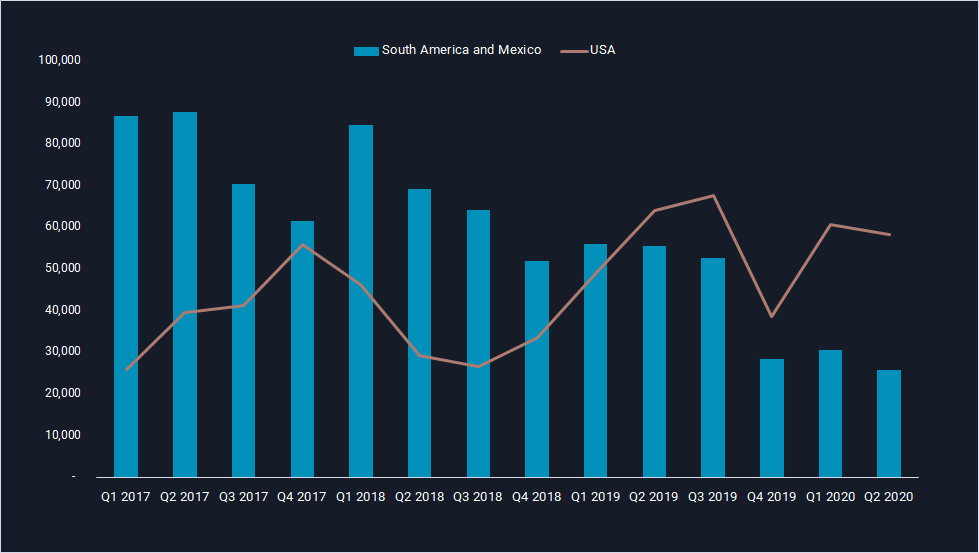