The full transition to Tier 3 gasoline standards in the US from the beginning of this year further shifted the dynamics between the country’s gasoline and blending component imports and exports during the first quarter of this year. In order to comply with the new standards, we note that high-octane blending component imports into the US in Q1 rose compared with the previous year as exports fell, while US naphtha has also been increasingly pushed out for exports. Tier 3 regulations will continue to impact the breakdown of flows between finished gasoline-types and blending components, adding another layer of nuance to the dramatic impact of the demand crash in gasoline due to the pandemic. We outline the key Tier 3 impacts in Q1 below.

Rising components flows into US, from Europe and India 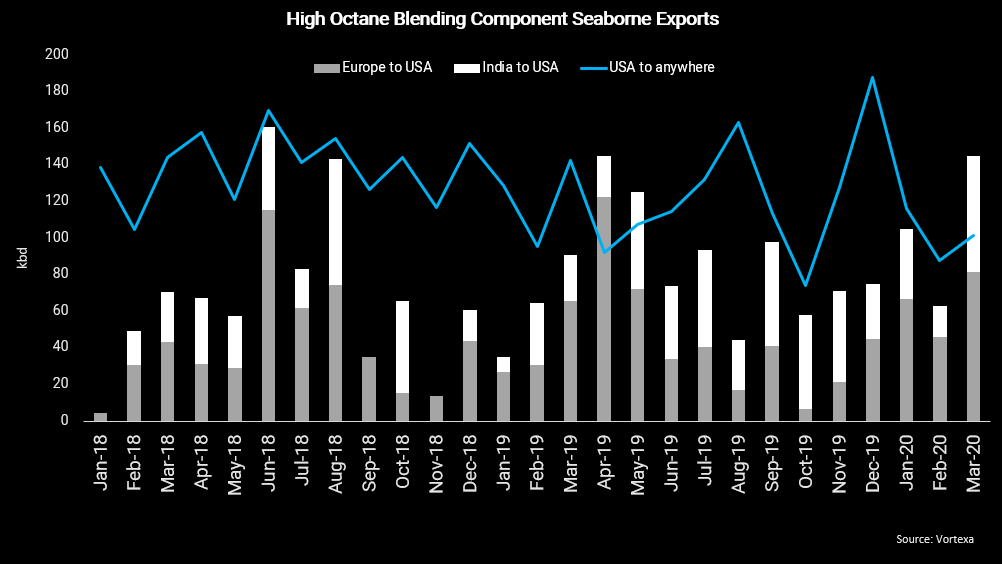