An uptick in gasoline loadings from Europe to West Africa since the beginning of September, compared to a calm summer has led to a strengthening of freight rates in the clean tanker market for LR1s. Inversely, a further drop in Europe to PADD 1 MR2 rates has led to an increase in loadings Vortexa shows, prompting the question whether the clean tanker market for this route is also due a long-awaited firming in rates. 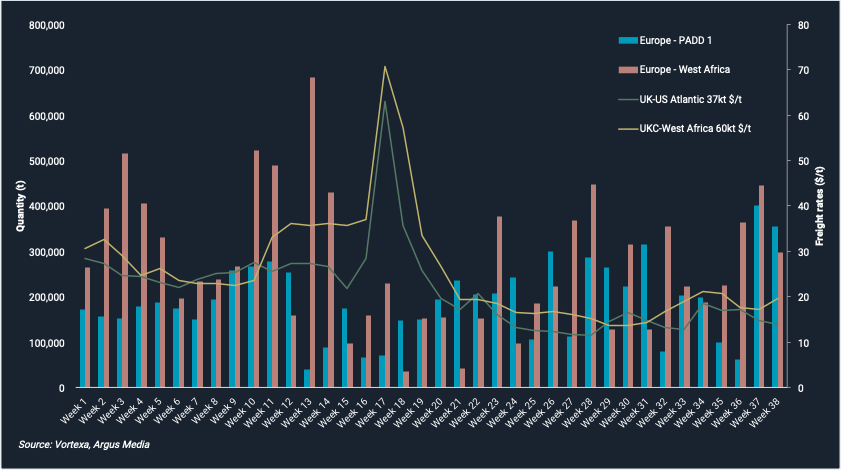 Want to know more about these flows and our freight data?