Singapore’s fuel oil floating storage inventories saw a 1.1mn mt drawdown over the last four weeks, reaching 4.2mn mt as of 17 August, the lowest since February, according to Vortexa data. Over 90% of this is estimated to be low sulphur fuel oil (LSFO). The decline in offshore volumes comes despite a slight 280,000 mt uptick of onshore fuel oil stocks over the same period, based on statistics from Enterprise Singapore. This insight explores the drivers behind the fuel oil floating storage draw and the outlook for storage dynamics in the coming weeks. 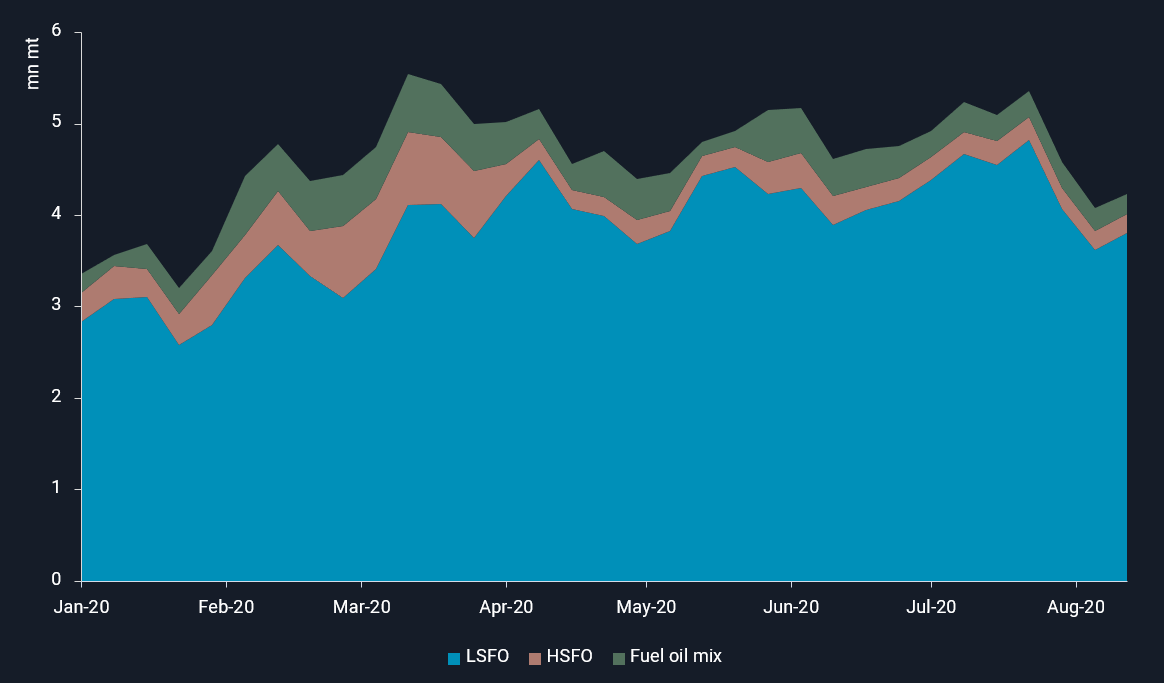 Drivers of the offshore decline 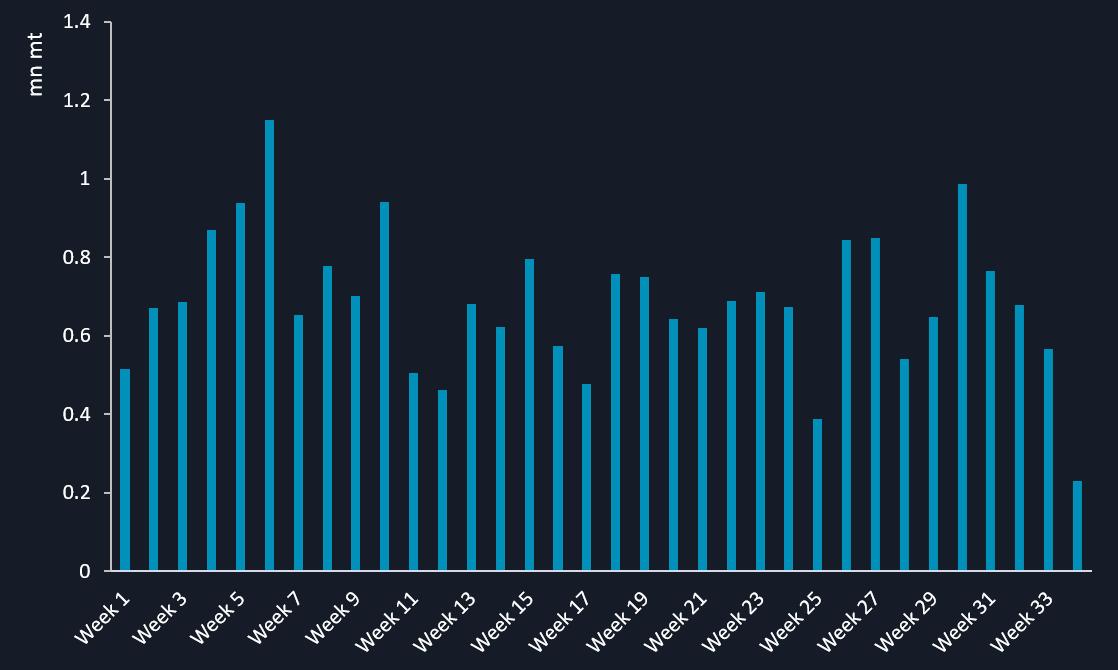 See this in the platform