In this insight we explore the sharp rise in European crude imports and the changing sweet-sour mix seen during September, as the continent continues seeking alternatives to Russian Urals.

European crude/condensate imports in September posted a 350kbd m-o-m rise, continuing the upward trend seen in recent months. The rise in September stems from Europe’s heightened imports of light to medium-sweet grades, which were 3.8mbd in September, a 200kbd increase m-o-m. This was driven by two factors:

The above, coupled with Europe reducing its dependency on Russian Urals, has facilitated the convergence between Europe’s imports of sweet and sour grades, with the share of sweet vs sour sitting at 44% and 54% in September, respectively (the remaining 2% are undetermined grades). The share of European imports of sweet crude increased three percentage points between January to September, whilst the share of sour grades declined four percentage points over the same period. 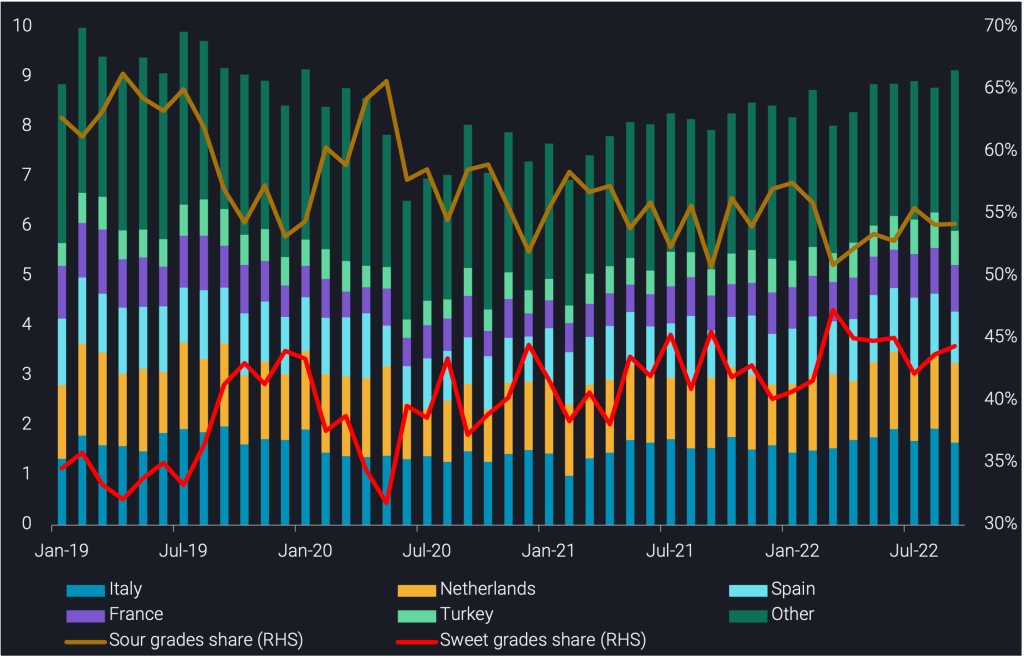 Europe imported 4mbd of sweet crude and 4.9mbd of sour crude in September, a 230kbd and 190kbd increase m-o-m, respectively. The larger increase in Europe’s imports of sweet crude, which is the highest since January 2020, can largely be attributed to Africa. Europe imported 2.7mbd of light-sweet crude in September, with over 50% coming from Libya, Algeria and Nigeria. Most notably, European crude imports from Libya increased 250kbd in September m-o-m, as imports of Es Sider and El Sharara increased 130kbd m-o-m, collectively.

Europe also imported 1.1mbd of medium-sweet crude in September, a 190kbd increase m-o-m. Nigeria was a driving factor here, as Europe imported middle-distillate rich grades such as Bonga, Egina and Forcados, equating to 230kbd of imports, collectively, a 130kbd increase m-o-m. Nigeria’s inability to export at normal levels due to unexpected terminal shutdowns caused supply concerns, which made their prices attractive for prospective buyers, such as Europe. However, their premiums to North Sea Dated have widened in recent sessions, with Egina and Forcados assessed at $9.3/bl and $3.5/bl as of 7 October, respectively, up from $7.3/bl and $2/bl on 30 September, respectively (Argus Media). 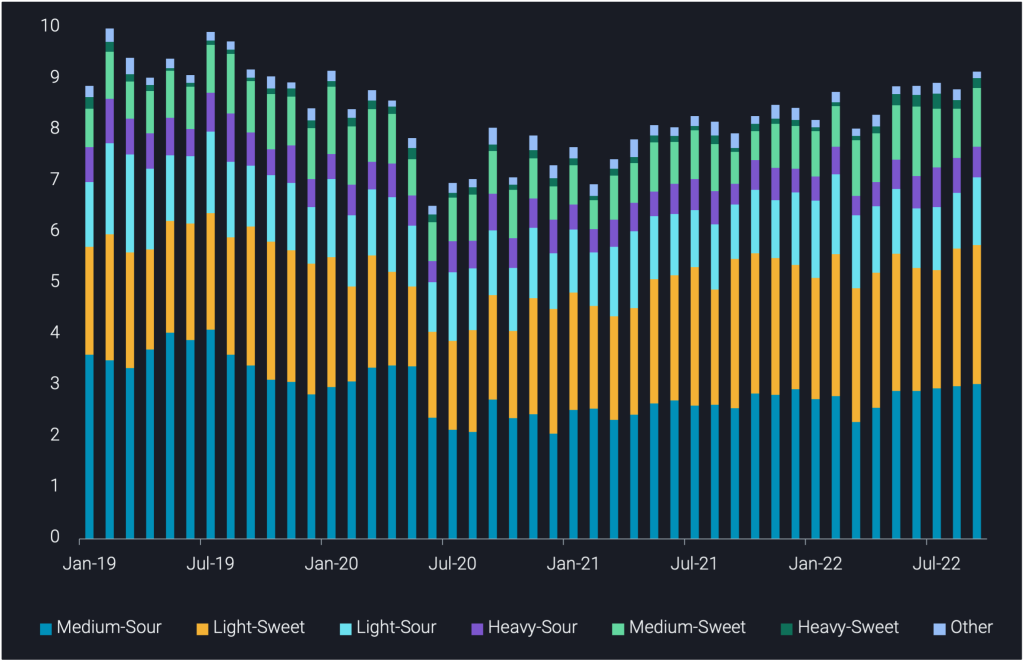 Europe’s dependence (incl. Turkey) on Russian Urals in seaborne crude imports fell to 9% in September, an 11 percentage point decline from January to September 2022. As the EU ban on Russian crude is looming, EU refiners are looking for alternatives, some of which are of the similar, sour quality. 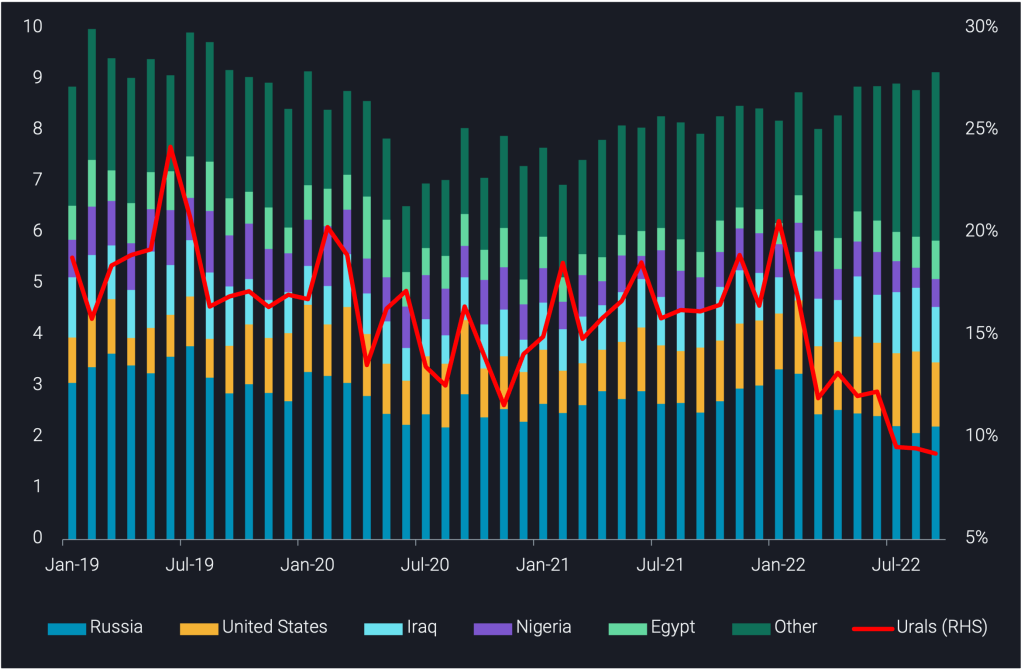 Looking ahead, total European crude/condensate imports will continue to remain elevated as refiners take advantage of high diesel cracks, especially given all the (heat & power) supply security concerns ahead of the upcoming winter. As a region, Europe will continue looking for alternatives to Russian Urals as the EU ban is soon to be fully implemented, with close to 1mbd of Russian crude supplies remaining to be phased out as of September. These alternatives could be in the form of both sweet or sour barrels, depending on given market conditions, bringing further changes to the crude slate in Europe.