What goes up, must come down. But what’s next for LSFO?
Share

The availability of LSFO blendstocks has increased in recent weeks as refiners reduced their fluid catalytic cracker runs amid weakness in gasoline demand as a result of lower seasonal consumption and recent record prices. This has helped ease a persistently tight LSFO market causing prices to tumble throughout August away from record prices in June.

In part, the lower LSFO prices have helped reinvigorate bunker fuel demand illustrated by the recovery in marine fuel sales in the Singapore bunker hub which in July climbed to 4.12 million tonnes, up 1.4% from last year, official data showed.

However, Russia’s invasion of Ukraine continues to wreak havoc on global energy prices and LSFO prices may soon reverse the downward trend amid potential further gains in global gas prices ahead of the winter demand season as Russia turns up the pressure on Europe by limiting its supply of gas.

Illustrating the desire for oil-to-gas switching in power generation, natural gas prices in Asia topped $70/mmBtu in late August. This compared to LSFO and HSFO prices which stood at about $17/mmBtu and $11/mmBtu, respectively, according to Argus data.

Japan’s fuel oil imports, for example, surged to 70kbd in August, their highest in nearly 4 years, and are likely to remain robust in the coming months, particularly if the world’s second largest gas importer curtails gas imports from Russia. Other Asian countries with oil-fired power generation capacities like Taiwan, South Korea and Pakistan are also expected to sustain a level of power-generation fuel oil imports in the fourth quarter due to elevated gas prices. 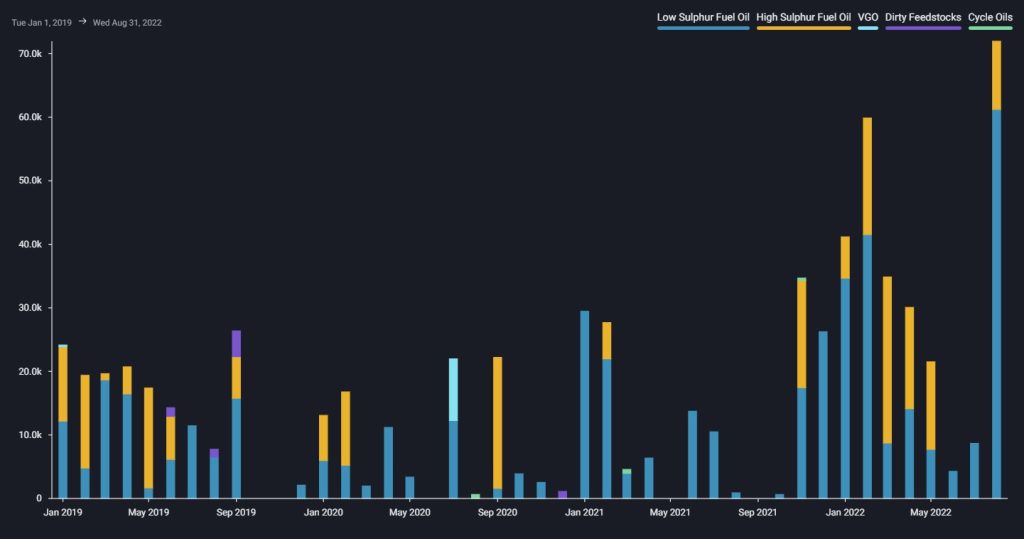 In the near term, refinery turnarounds of secondary units and lower gasoline output should continue to keep LSFO markets well supplied as more blending components such as vacuum gasoil and low-sulphur straight run fuel oil are made available.

The improved LSFO supply dynamics will continue to weigh on the low- and high-sulphur fuel oil differential, also known as the hi-five spread, over the near term before widening again towards the end of the year as the LSFO markets tighten again. The sulphur spread peaked at over $500/t in July, Argus data showed, strongly incentivizing investments in shipping scrubbers. But as LSFO markets cooled, the sulphur spread halved to about $250/t most recently but still remains well above year ago levels of $100/t and continues to lend support to freight rates of scrubber-fitted vessels.

In the months ahead, however, LSFO prices are expected to face an upward bias as refiners continue to maximize diesel production due to acute supply shortages and as natural gas prices spike ahead of the winter demand season. LSFO prices are also expected to be supported by the refinery autumn maintenance season as output is curbed.

One caveat to the expected LSFO tightness, however, comes from the commissioning of Kuwait’s Al-Zour refinery which is now under way. LSFO markets could see some supply relief once the refinery, capable of producing as much as 14mt of LSFO per year, ramps up production at the plant in the coming months although its LSFO output could be limited if the refiner opts to maximize gasoil yields amid strong gasoil cracks.

Resilient Russian fuel oil exports, which continue to move away from western markets towards the east, are also helping keep the global fuel oil markets well supplied, particularly for HSFO.

East of Suez fuel oil imports from Russia have steadily climbed since the start of year to hit 530kbd in August, the highest on record, while West of Suez imports have dropped consistently, scraping record lows of 150kbd in the same month.

As most of Russia’s fuel oil exports are higher in sulphur content, this should continue to undermine HSFO prices, particularly as demand eases from its seasonal summer highs. 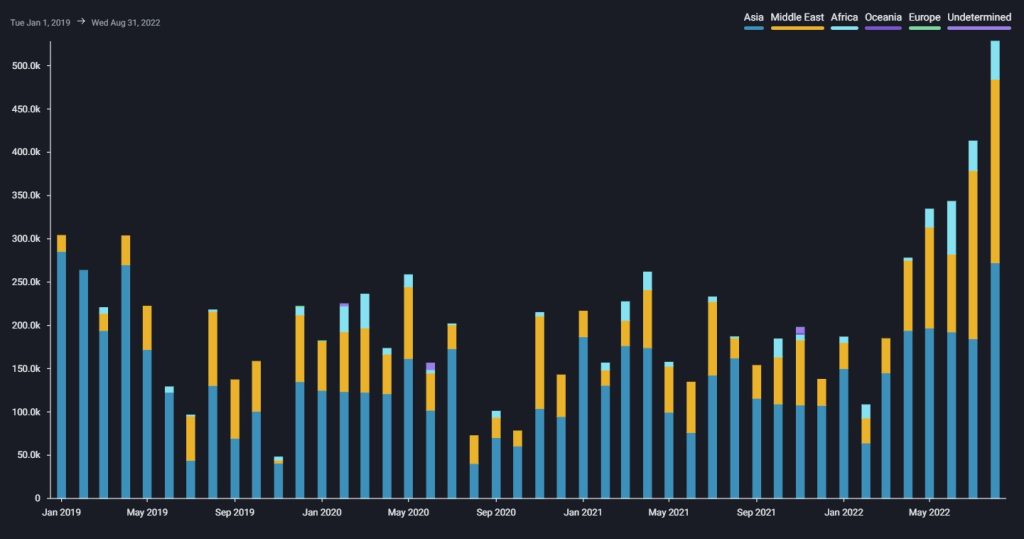 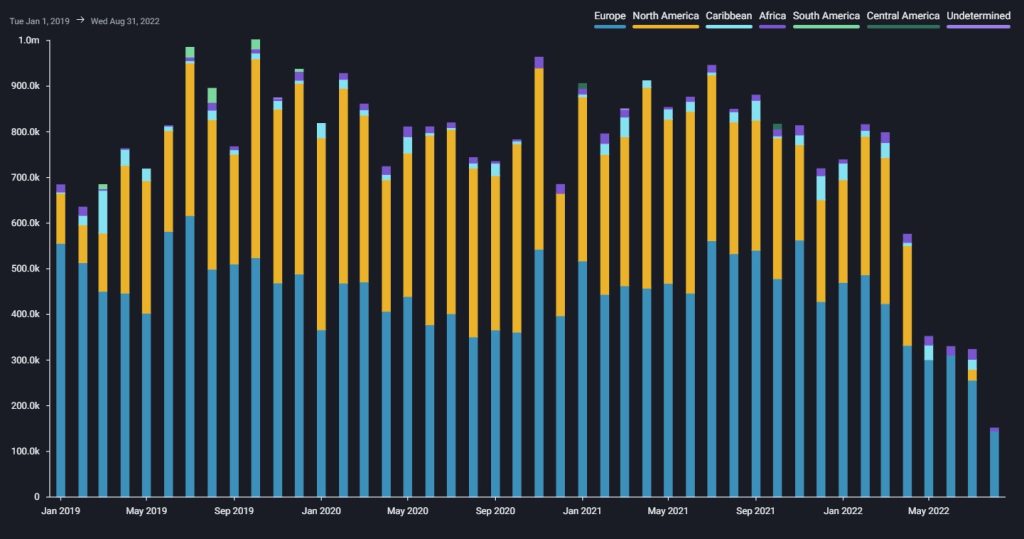