In this insight we examine the pros and cons of some key grades that could see/are seeing a boost in demand as European buyers shy away from Russian crude.

European importers of Russian crude face big challenges if they want to continue buying Urals crude or refined products. And a growing number of European companies across the energy and shipping sectors are making statements of intent to reduce or halt exposure to Russian oil and/or shipping. But in doing so, what are the substitutes?

From the perspective of the European crude market, the substitution of Russian cargoes is already underway. Russian Urals – the flagship grade for exports – have dropped sharply in value as limited interest from European buyers has driven the grade’s discount to North Sea Dated to record levels (Argus Media).

With European buyers shying away from Urals, we examine the pros and cons of some key grades that could see/are seeing a boost in demand in the coming weeks or months. 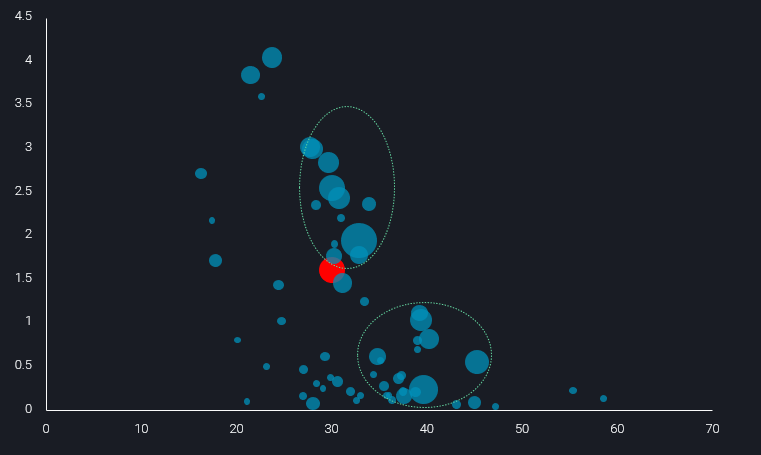 Given all these factors it is a tough challenge for a European refiner to find a good substitute for Urals. In reality, a stop of Urals flows to Europe will drive buyers to seek a variety of grades, from numerous locations and in varying amounts. The following grades are likely to be included in such considerations.

Having outlined the pros and cons of a few grades, it’s clear that no single grade perfectly fits the bill as a direct replacement. However it is important to note that both Northwest European and Mediterranean refiners are on the whole less reliant on Urals now than they were pre-pandemic.

In February, Urals accounted for around 8% of all crude arrivals into Northwest Europe and the Mediterranean (combined), down from a peak of around 14% in June-July 2019.

While there is a higher reliance upon Urals by northwest European refiners than in the Mediterranean, for both regions the trend is pointing lower m-o-m in February (see chart). This underlines the case made in our previous insight that for Europe, the impact of Russian sanctions would be far higher for diesel supplies than crude. 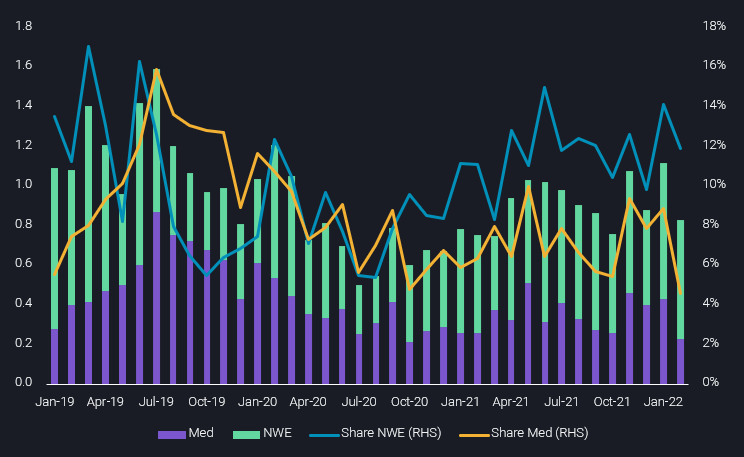